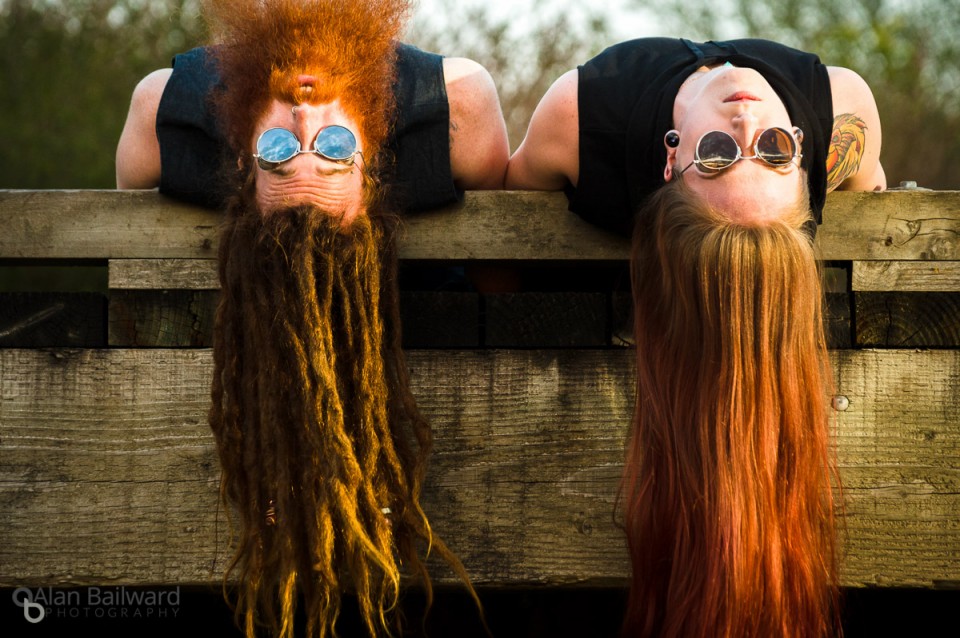 So much hair here!

Last year a friend of mine at O’Riginals Trading Co had a successful crowdfunding campaign for a very cool pair of sunglasses with a unique design. While I realized that these glasses and my face probably weren’t a good fit, my photography and the glasses definitely were.

I arranged a shoot on spec for him (mostly for me though), and while it was really only the barest description of a “real” commercial shoot, I wanted to treat it as if it was and that I was a fancy New York (just as an example) photographer contracted to get awesome product and lifestyle shots for a client.

Thinking about shooting for a product is much different than family or wedding shoot. The product has to be the focus with the models supporting the product and not the other way around.

My first choice as a model was Adam Kelliher. Adam has a unique look that I thought would compliment the industrial look of the Sterling 53’s. In fact the first thing I thought was “I need to get that bearded and dreadlocked dude with fire reflected in the glasses.” We’ve tried to work together before, but timing and travel just didn’t match up. This time we made it work though.

Adam brought along Shelby Alexander, a model he knew who turned out to be awesome and fun to work with (who knew!?), and I brought along my buddy and fellow photographer Monte from Fly in the Eye Photographic Arts to shoot beside me and to exchange ideas with. I’ve worked with Monte many times before and he’s a great combination of fun and enthusiastic as well as an amazingly talented photographer.

I wanted to start with some controlled light to allow me to really sculpt the shot, and not have to deal with controlling both environmental lights and the fire I wanted reflected in the glasses. Also it gave me an opportunity to shoot some studio shots of the models with the glasses on. We didn’t have a studio, and the weather was hot. Adam’s apartment is full to the gills with art projects, so we chose the next best place, the underground parking garage! It was both dark (so the light could be controlled easily), and quiet with no (well ones) nosey neighbours wondering what we were doing. 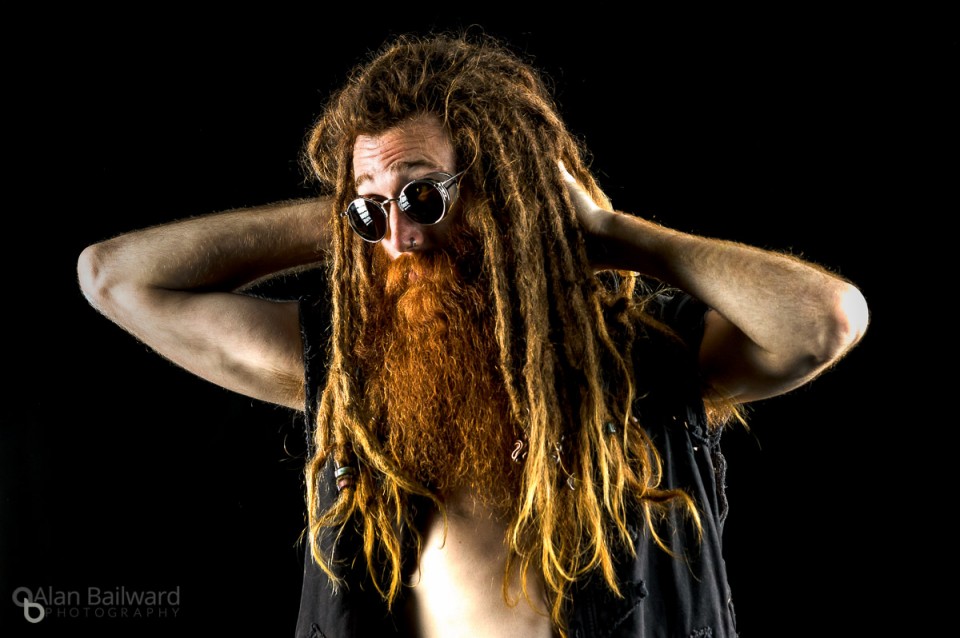 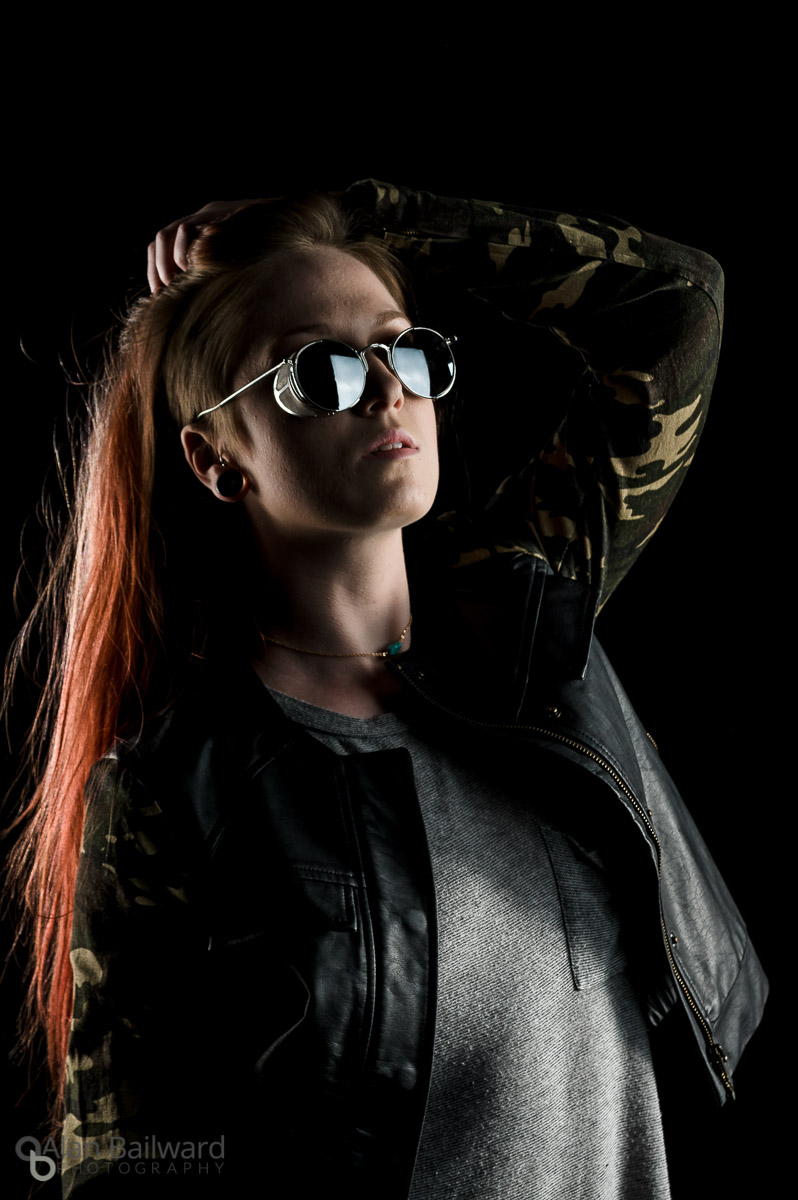 Because of the properties of light we could set up the flashes and as long as they were far enough from the back wall, no light was bright enough to spill into the photo, giving up a black background. 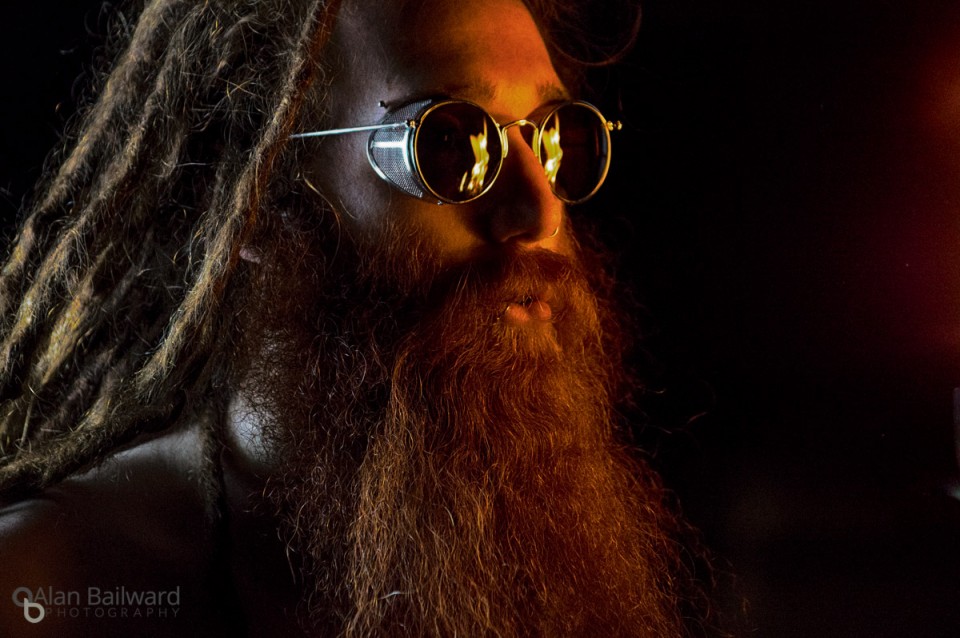 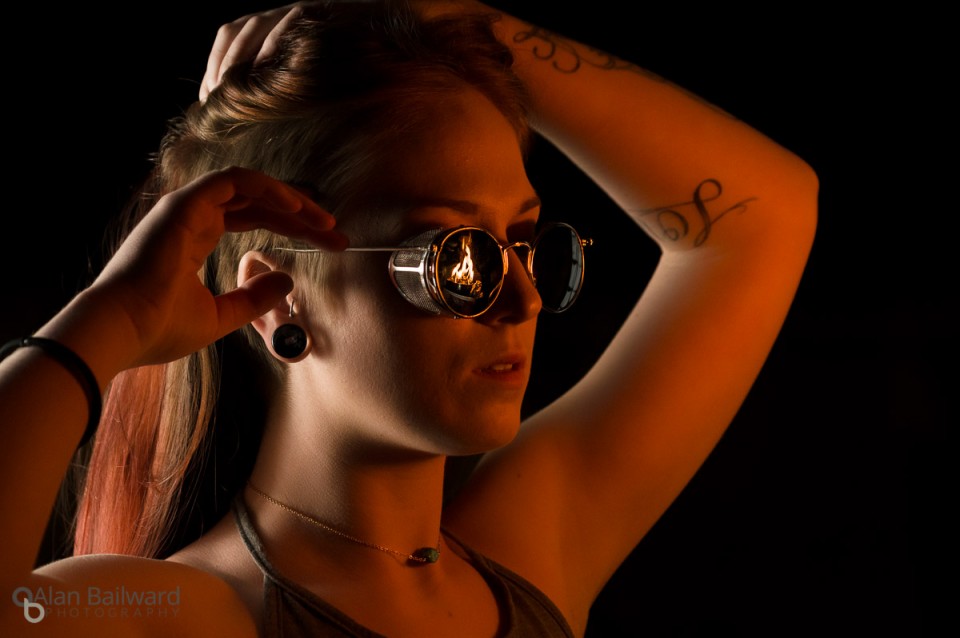 Both Adam and Shelby were great, giving great poses that really directed the viewer to the glasses.

The only downside here was we had a relatively small flame to deal with, basically a bowel with some burning paper in it, not a roaring bonfire, so I had to push the ISO up fairly high and have a longer shutter speed to let the light from the flash and the light from the flames mix nicely.

After packing up the gear Adam led us over to an industrial area not far away with concrete forms and a great view of the bridge (and setting sun) in the background. No lights here, just a camera end the subjects and a great area to play in! 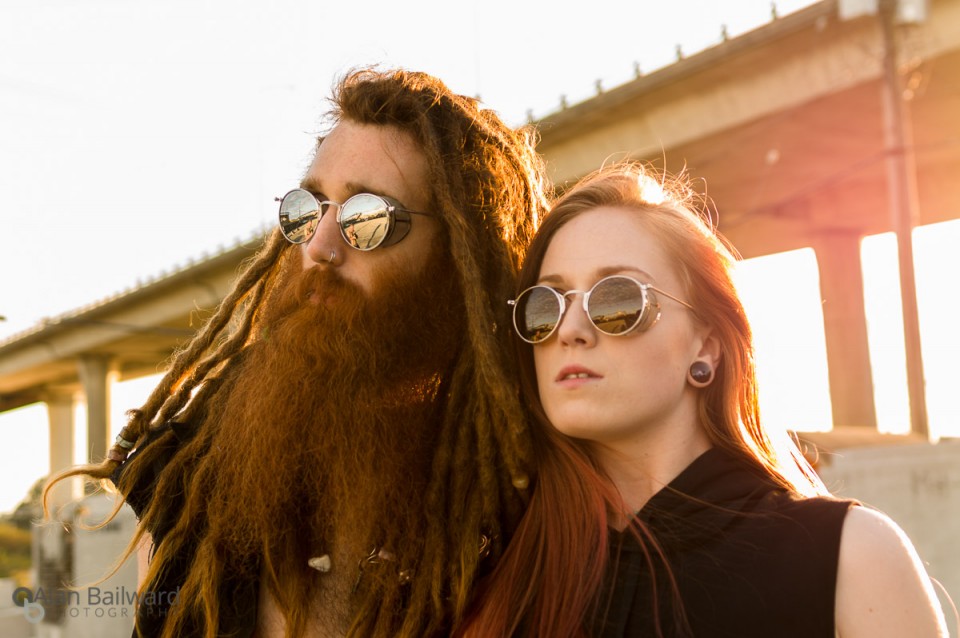 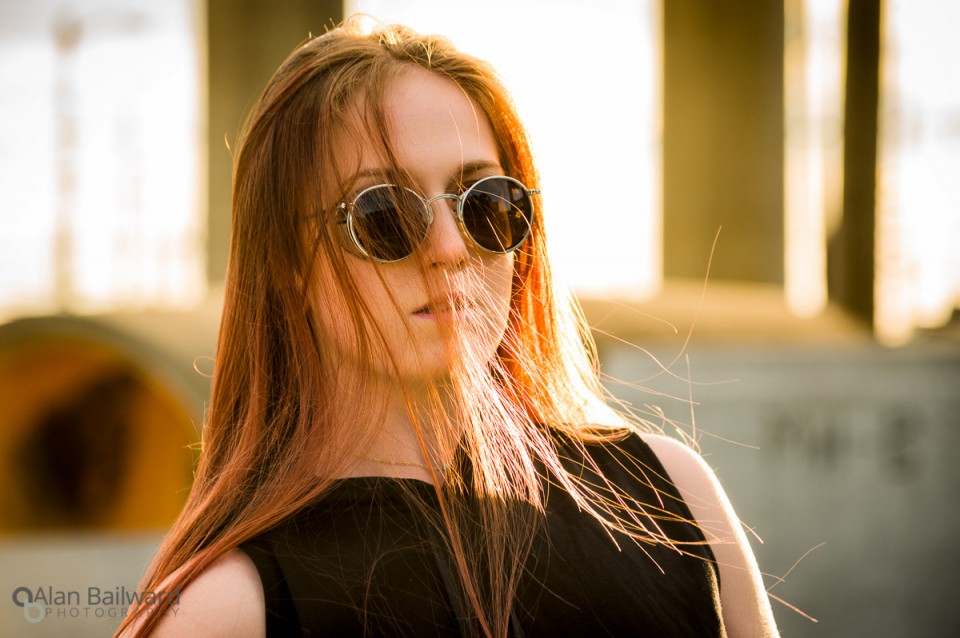 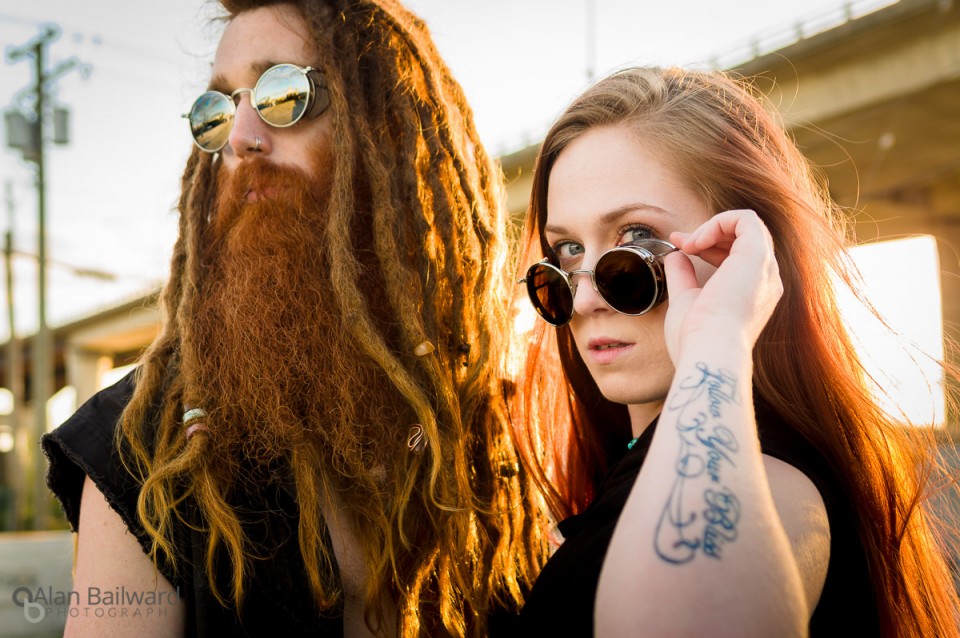 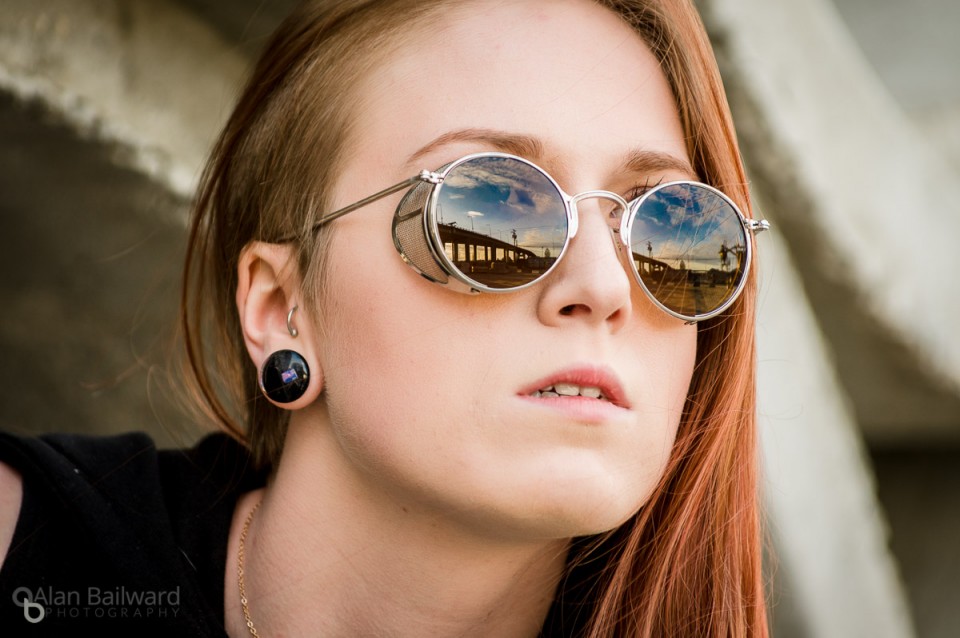 They call it “golden hour” for a reason I guess. 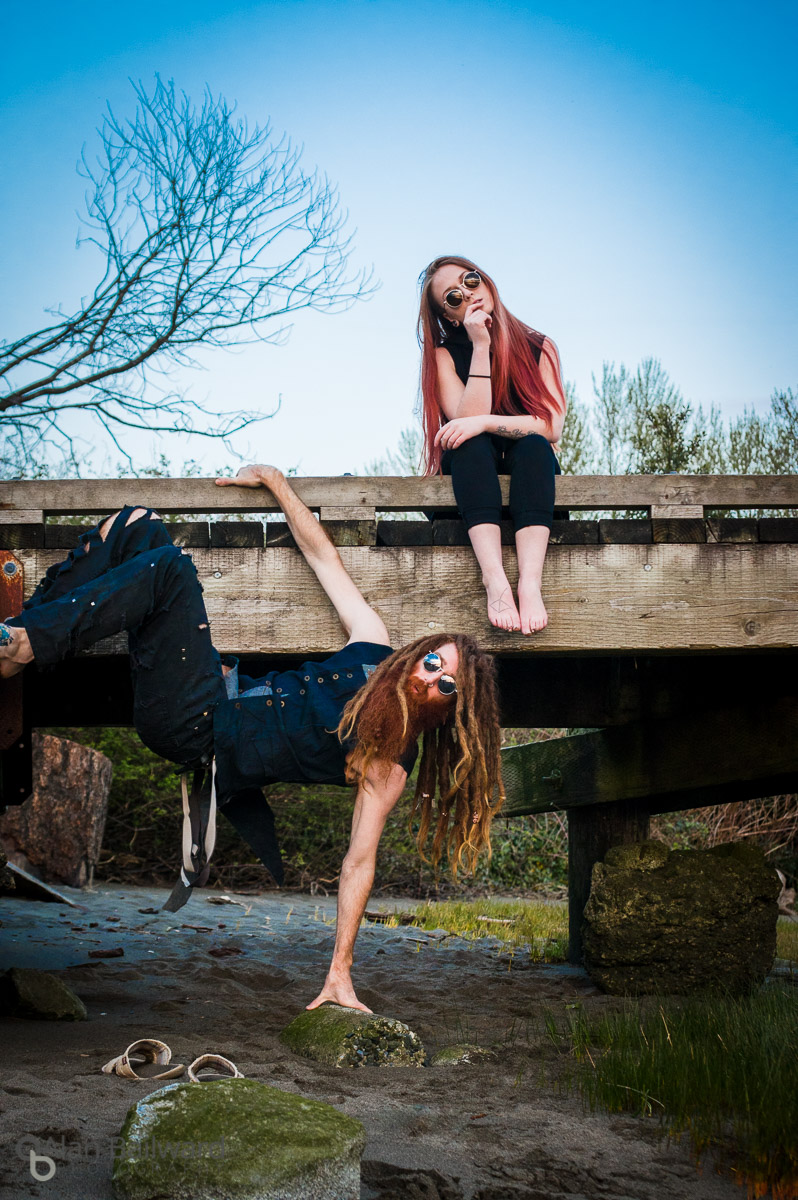 By this time the sun was fairly close to setting and we had to move fast before we lost all the light. We raced (at a safe and legal speed of course) down to Fraser River Park which has a shoreline along the mighty Fraser River. 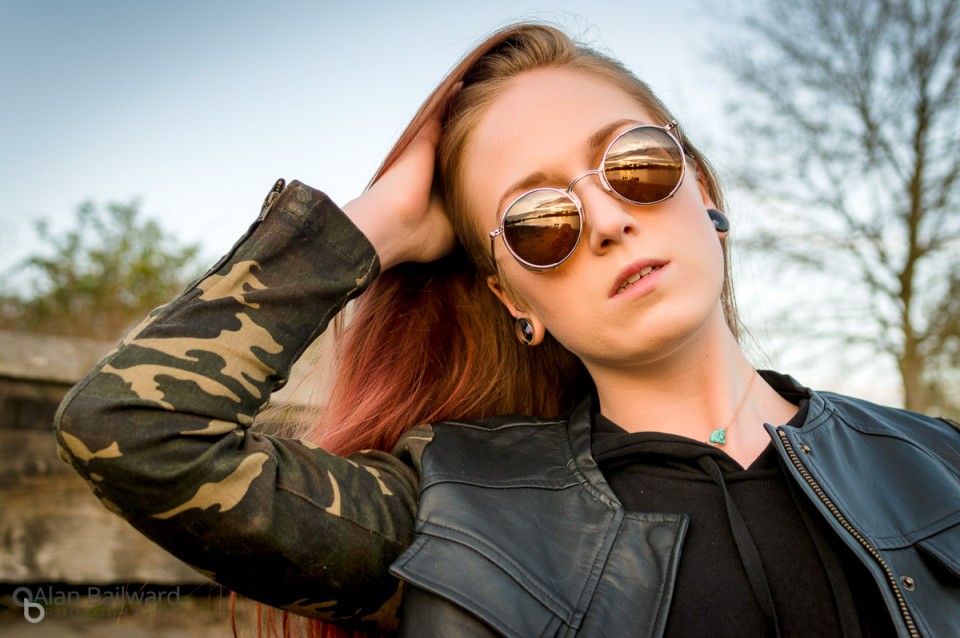 This let me mix flash and available light to show off the sunset in the background. The technique of dragging the shutter let the sunset “burn in” and mix nicely with the flash illuminating the model. 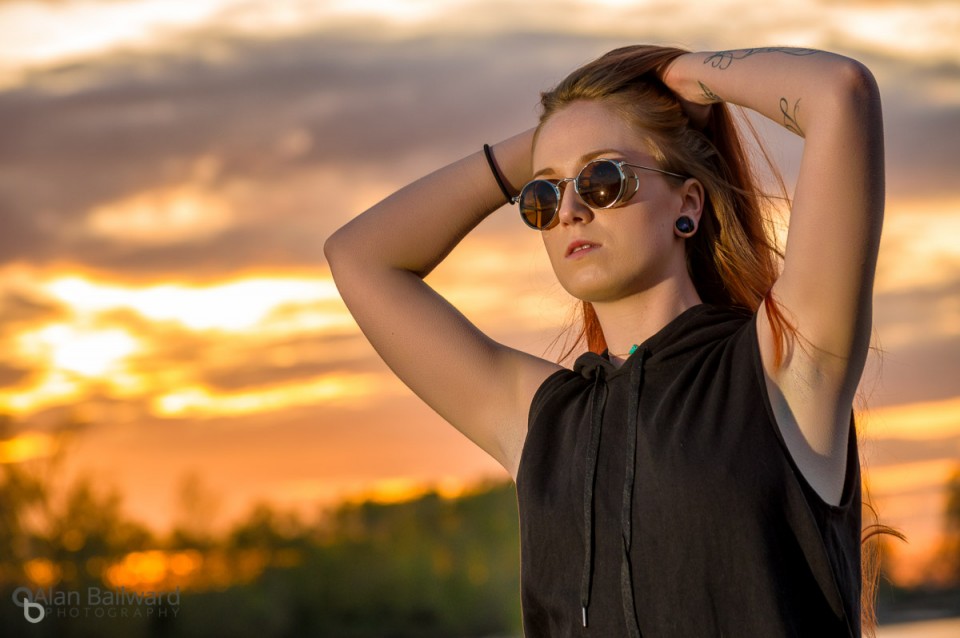 Other shot ideas we played with were reflections in the glasses and then Adam wanted to go out on a proverbial limb and posed on a slimy rock in the Fraser. 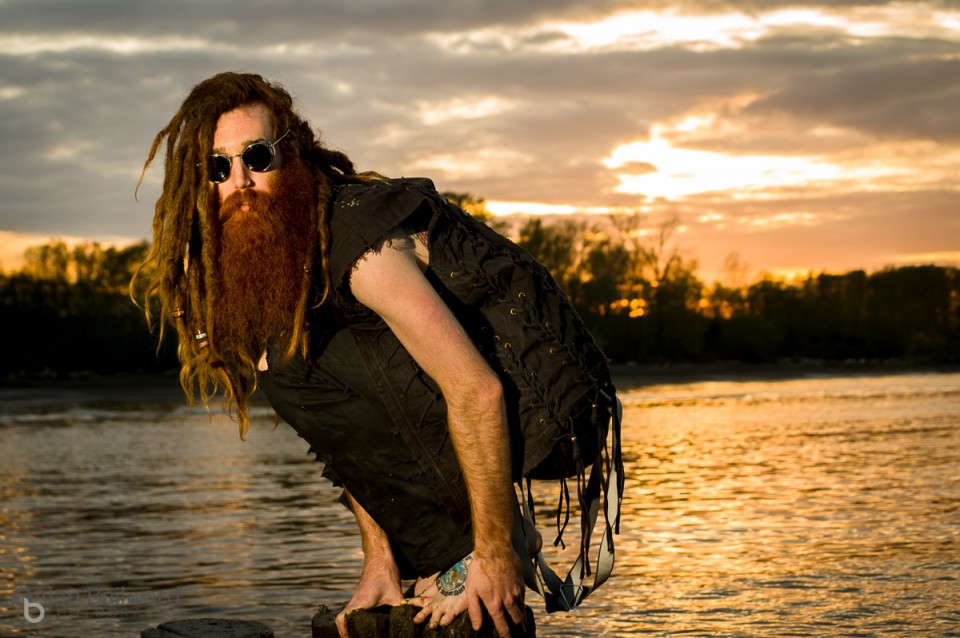 Last but not least we had a couple of smoke bombs in the car (best not to ask why) which led to some very cool setups with Adam dancing around like he was summoning spirits. 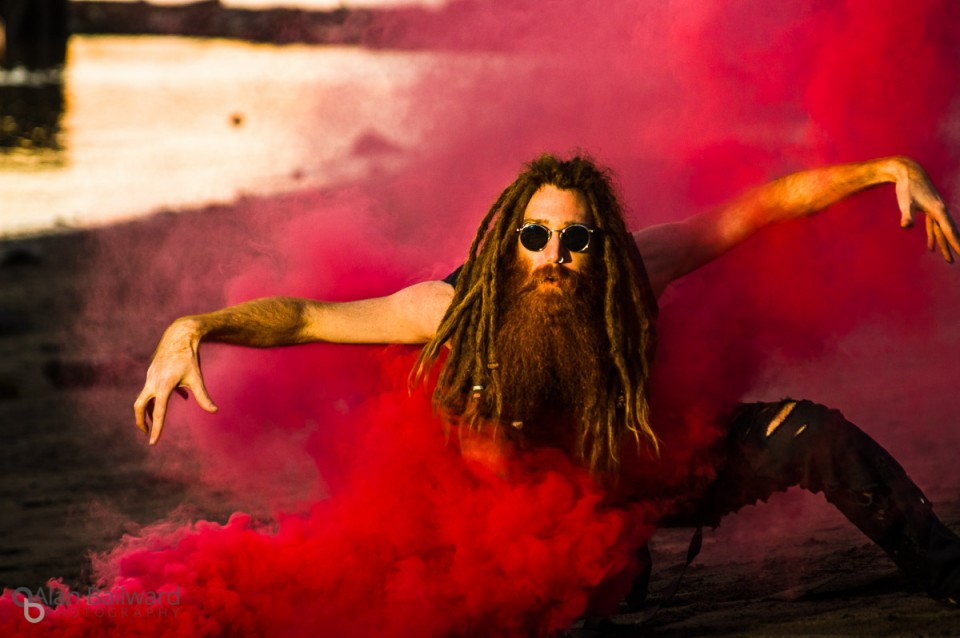 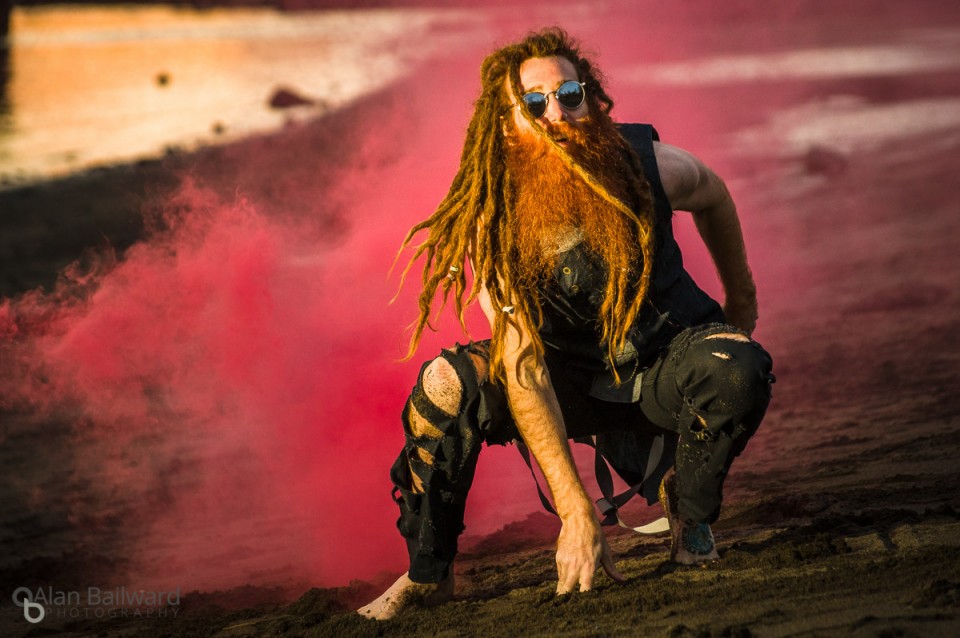 Granted by this point we were doing more fun stuff and less “commercial” shots. Mostly sunglasses look good in the sun or sunset, ya know?

Below you’ll find the video for the shoot. Huge kudos to Tanya for her awesome work!

Making cool images like this isn’t easy. Planning, equipment, vision, but most of all a great team is required. This shoot would have gone very differently if there weren’t awesome folks like these to make it happen.