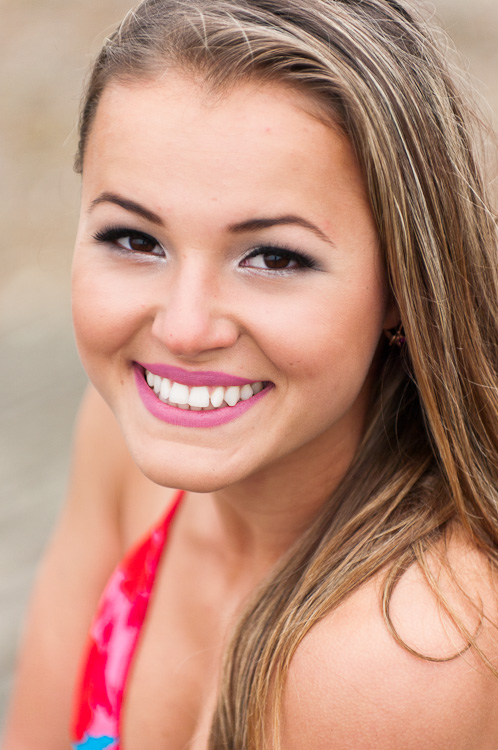 Part of the reason that I’ve been able to get so “into” photography lately is thanks to the Metro Vancouver Photography Workshops, a group based out of Vancouver which goes around and sets up photo shoots with local models, arranges locations, and generally gets things nice and ready so that amateur to advanced photographers can go out and get great shots.  The leader of this motley crew, Chris Pike, setup a shoot a couple of weeks ago with (the also awesome) Savilla and her amazing swimwear.  A band of models, photographers, makeup artists and hair stylists trucked to a beach in Point Roberts for a day of shooting.

The only downside was that the weather was, in a word, “bleah”.  Not quite raining, and not sunny, and prone to intermittant and random “spitting”.  The lighting wasn’t bad in terms of not being bright glaring sun, but it wasn’t the nice cloudy and moody background that we were hoping for on a non-sunny day.  We made do though, as usual with a mix of angles and creative lighting solutions.

I love shooting with Dyanna. 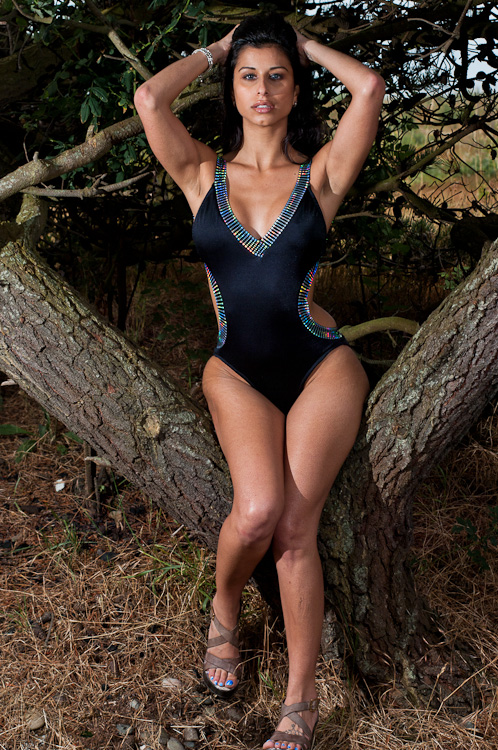 This was the first time I’ve shot with Chelsea, and can’t wait to shoot with her again. 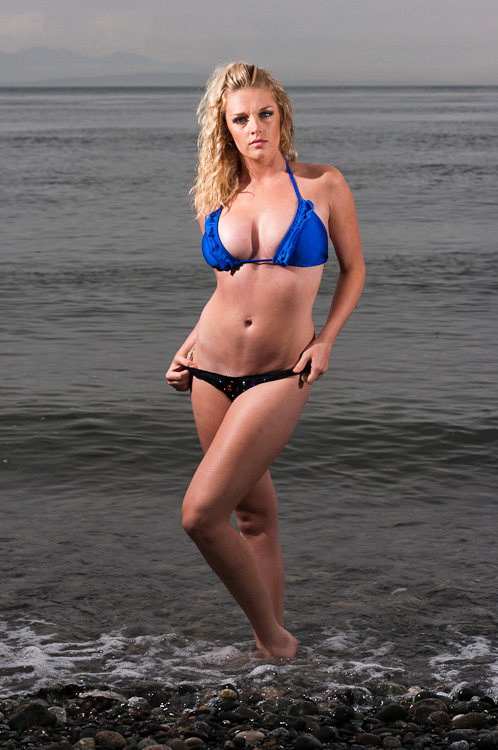 We found this great structure built out of wood on the beach and she jumped right into the middle and we shot through the “bars”.  This was my favorite shot from that part of the shoot. 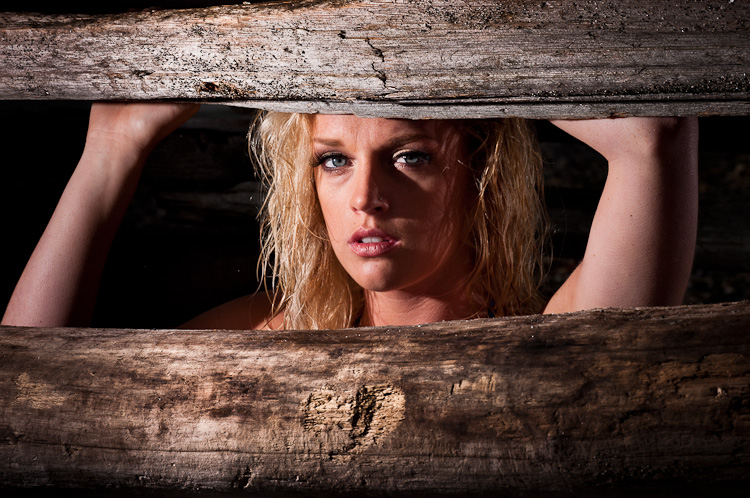 Karm… what more can you say about her, just gorgeous! 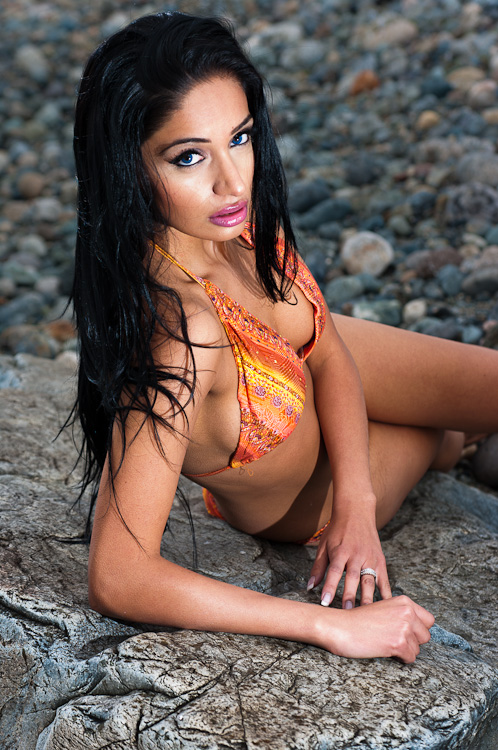 (And not to detract from the model…. but… I also really like how the rock in front of her arm came out 🙂

Alright kids, that’s enough swimsuits for the day, tomorrow I’ll be putting up some shots from inside my own shower, with a model in it!