A few quick behind the scenes shots and lighting setup from the shoot with Aleshia Mund recently.  I did the shoot with Tammy of Tammy Rose Photography, who came out to help out, shoot, and have fun. 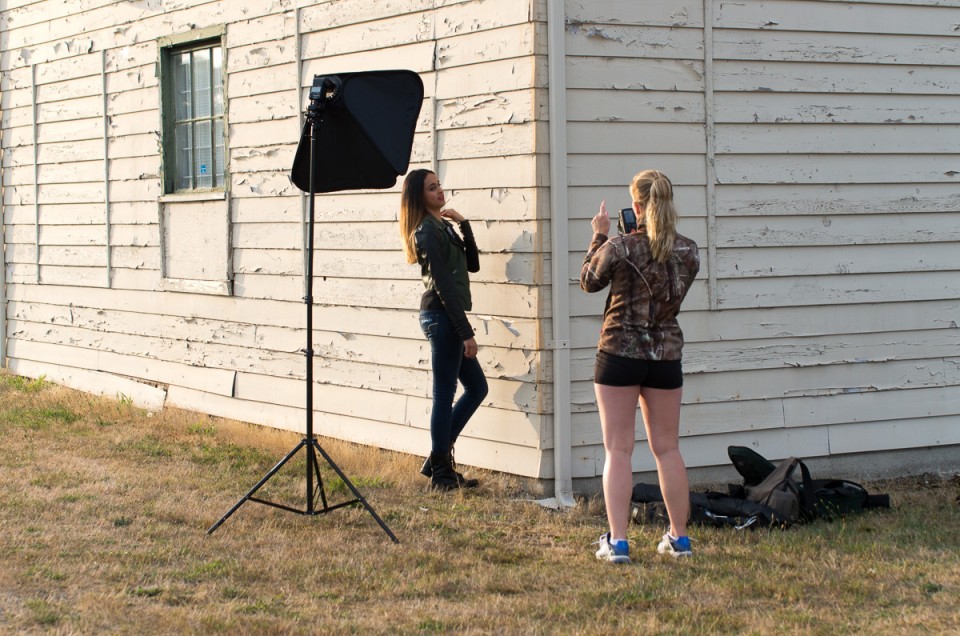 Most of the first images (like the first one below) were done like this. This was just a small flash in a 24″ softbox. The exposure was obtained by first exposing for the ambient light (1/160 of a second at f/4.5), and then adjusting my flash to a power that illuminated the model fairly well.  I recently got the Cactus V6 radio triggers, which let me adjust flash power right from the transmitter (yea yea I hear you Canon and Nikon people saying “we can do that right from our cameras and flashes”, well, good for you! 😛 ) 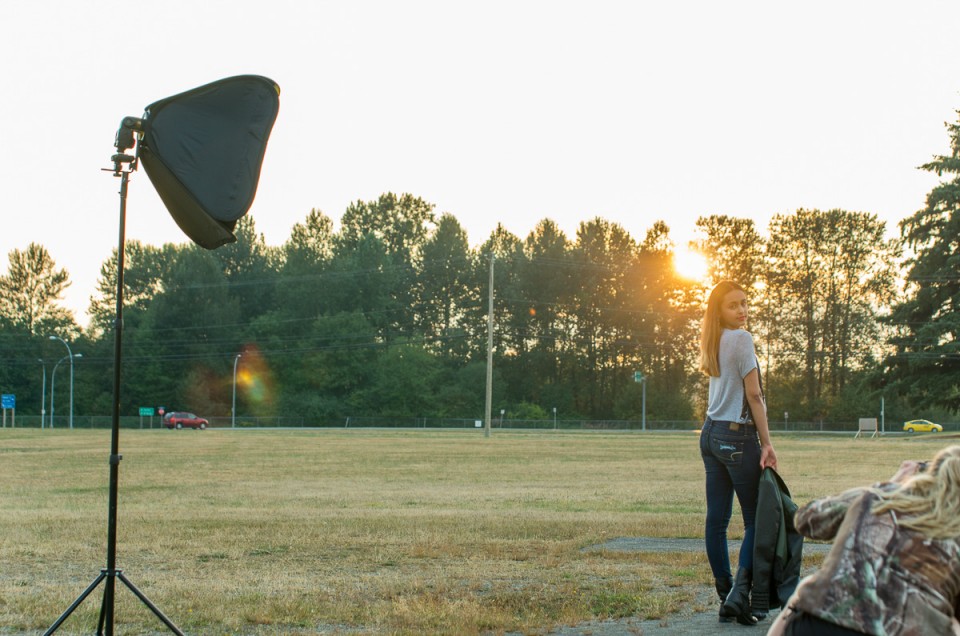 A bit farther away (which required a higher flash power, somewhere in the 1/1 or 1/2 power setting) and it was fairly tricky to match up with the sun nicely.  I shot this at 1/15 (a fairly slow shutter speed to let the ambient light from the setting sun in) at f/9.0 (to get a bit of depth of field). 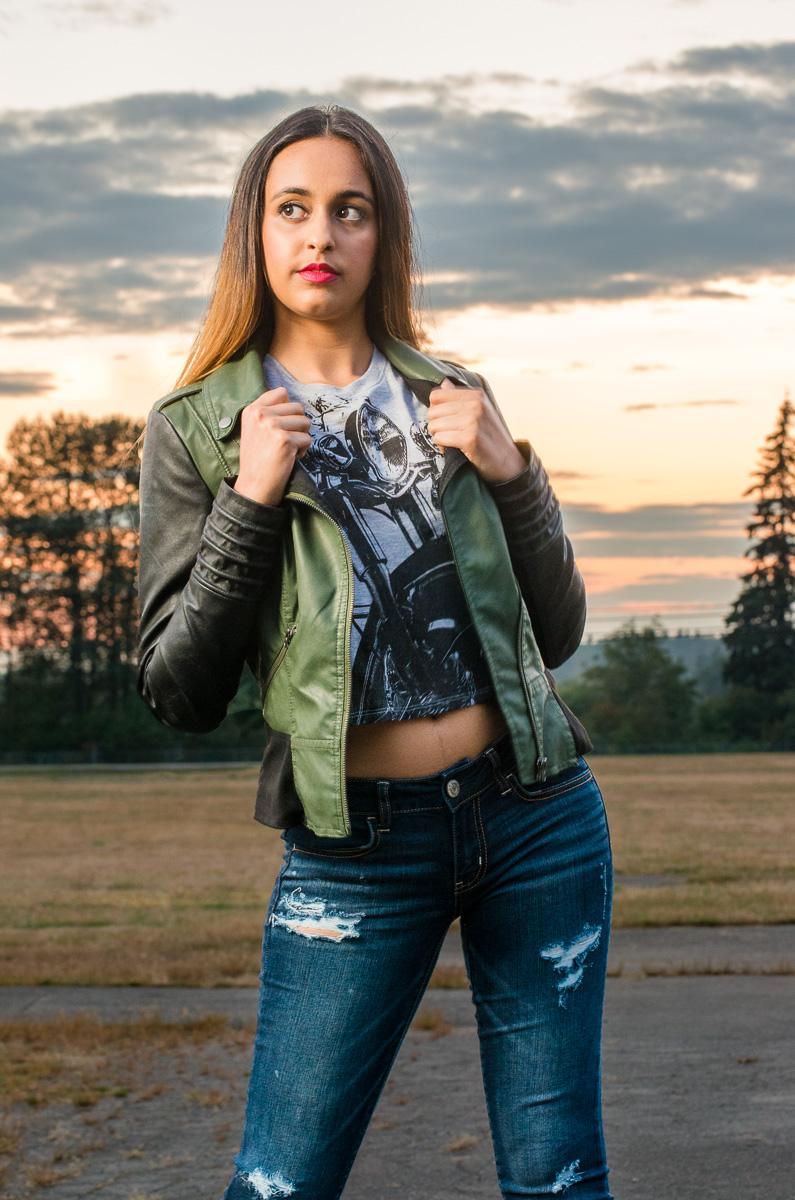 No BTS photo for this one, but this was done with the principle of “when you see that beautiful evening light, turn around to see what it’s falling on.” 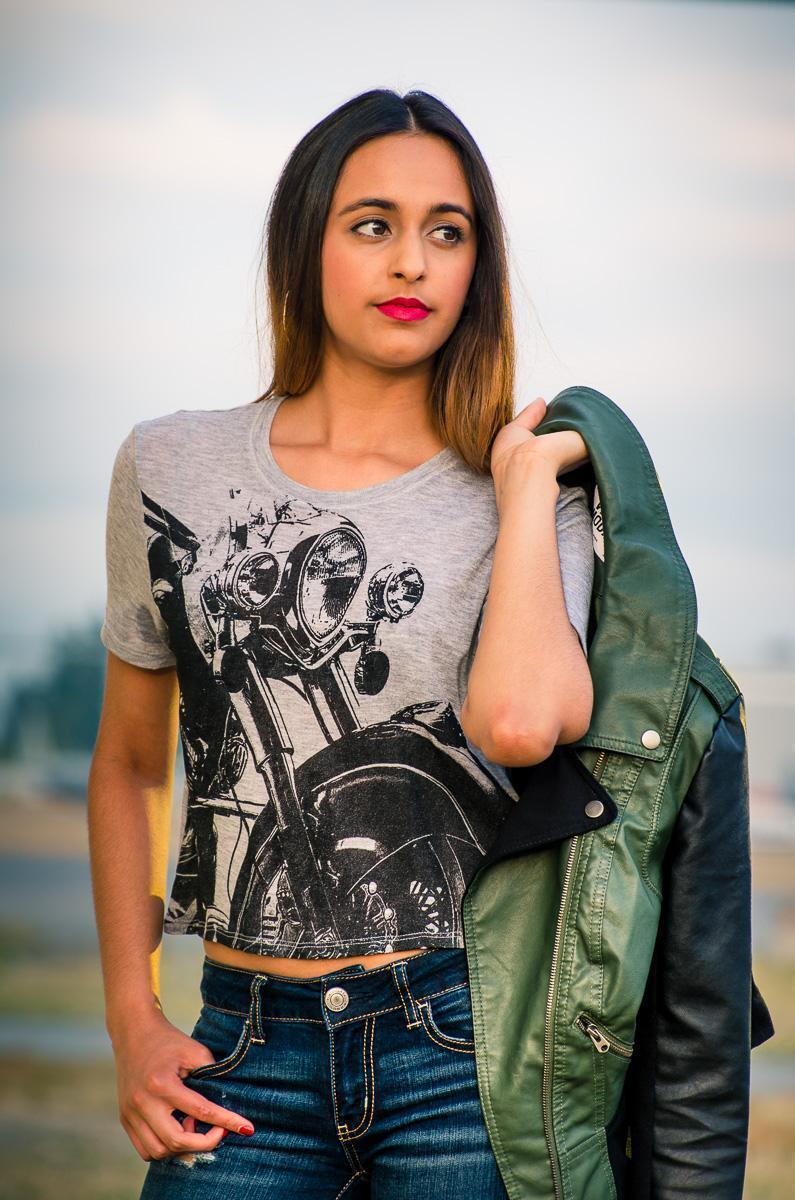 The setup was something like below.  Aleshia was facing the sun, which acted as the key light, and the background (looking back on the airfield) had the same softbox as above setup with a 1/2 or full CTO gel on it to give the impression that the sun was setting behind her.  Actually looking at the image, it was probably a bare flash (based on the shadows on her camera left arm).  Either way it did a good job (in my opinion) giving a lovely sunset glow to her. 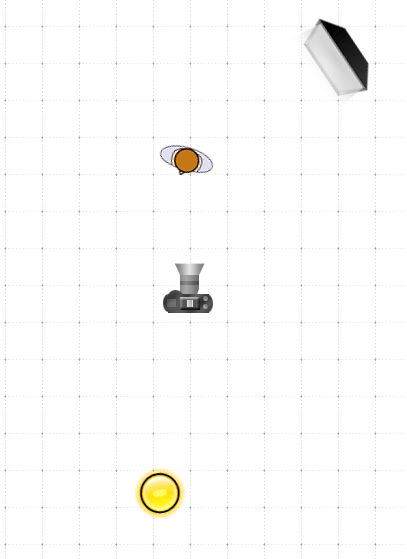 The key with natural light shoots mixed with strobes, or hell, any shoot, strobes, studio, natural light, or any combination) is to first of all see the light, know where it’s coming from and how to control it. Adding a flash to a natural light shoot can give a pop of light and life while you use the sunset as a gorgeous rim light, or as above to use the sun as the key light and a flash as the rim or accent light. The same can be done without the strobes and just a reflector, or heck, positioning the model beside a white (or in this case, tan) building angled just the right way.