September 26 is the official Katzie Culture Day in Pitt Meadows.  Attended by Mayor John Becker and Chief Susan Miller of the Katzie tribe, along with a large group of first nations people showing off arts, crafts, singing and dancing. 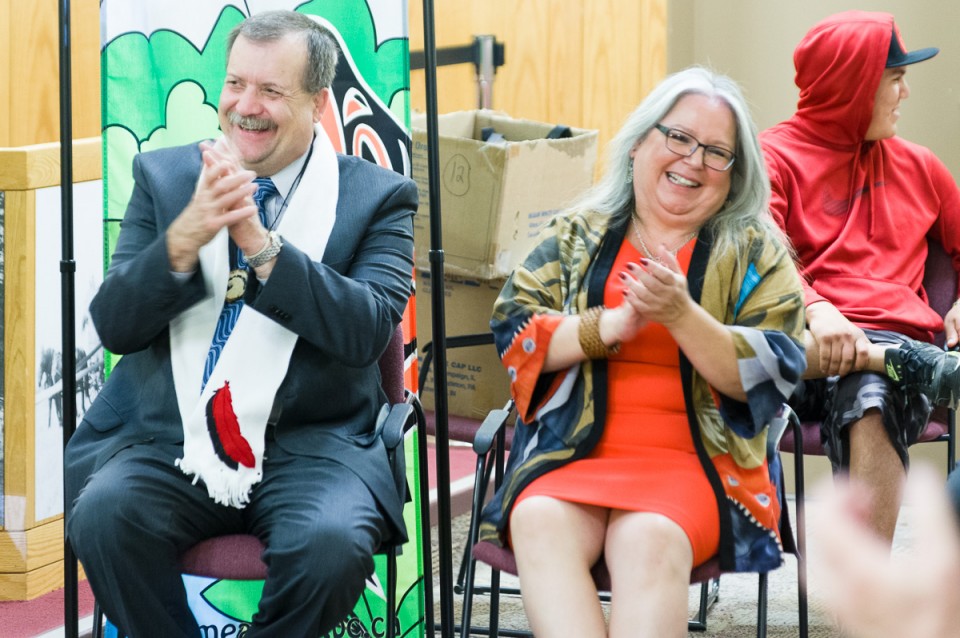 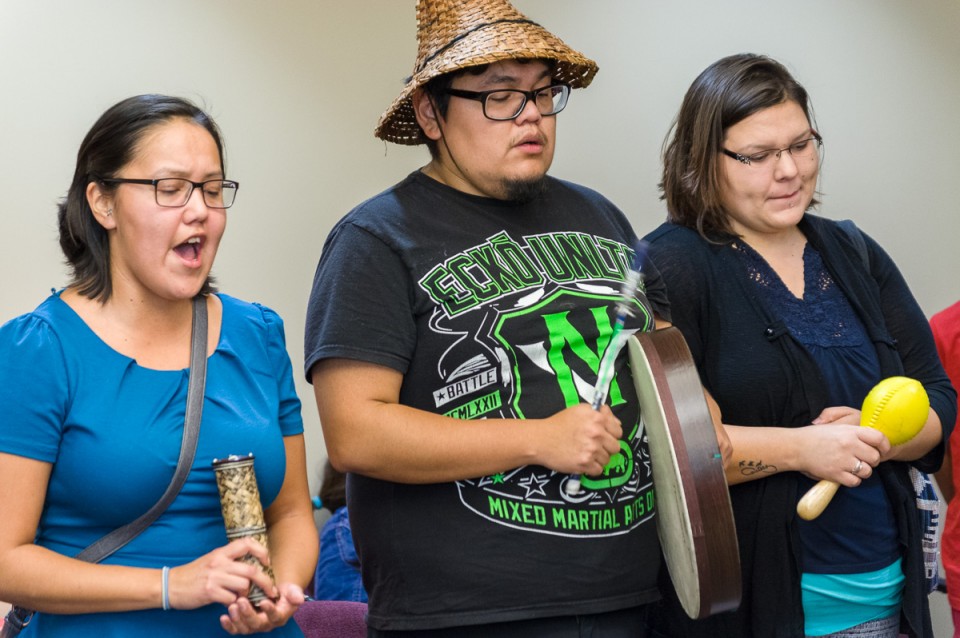 After a traditional greeting song, we ate right away, which is a tradition that I now plan to follow!  The mayor presented the chief with some items he got in the southern states, sweet grass and a talking stick. 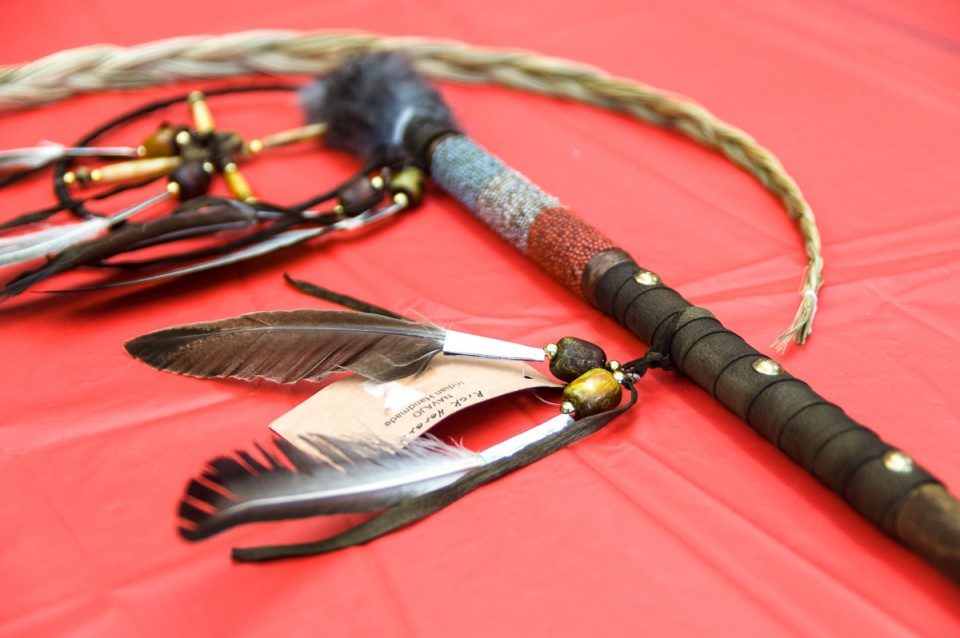 The food was delicious, provided by Chef Theresa Contois, of Cedar Feast House. 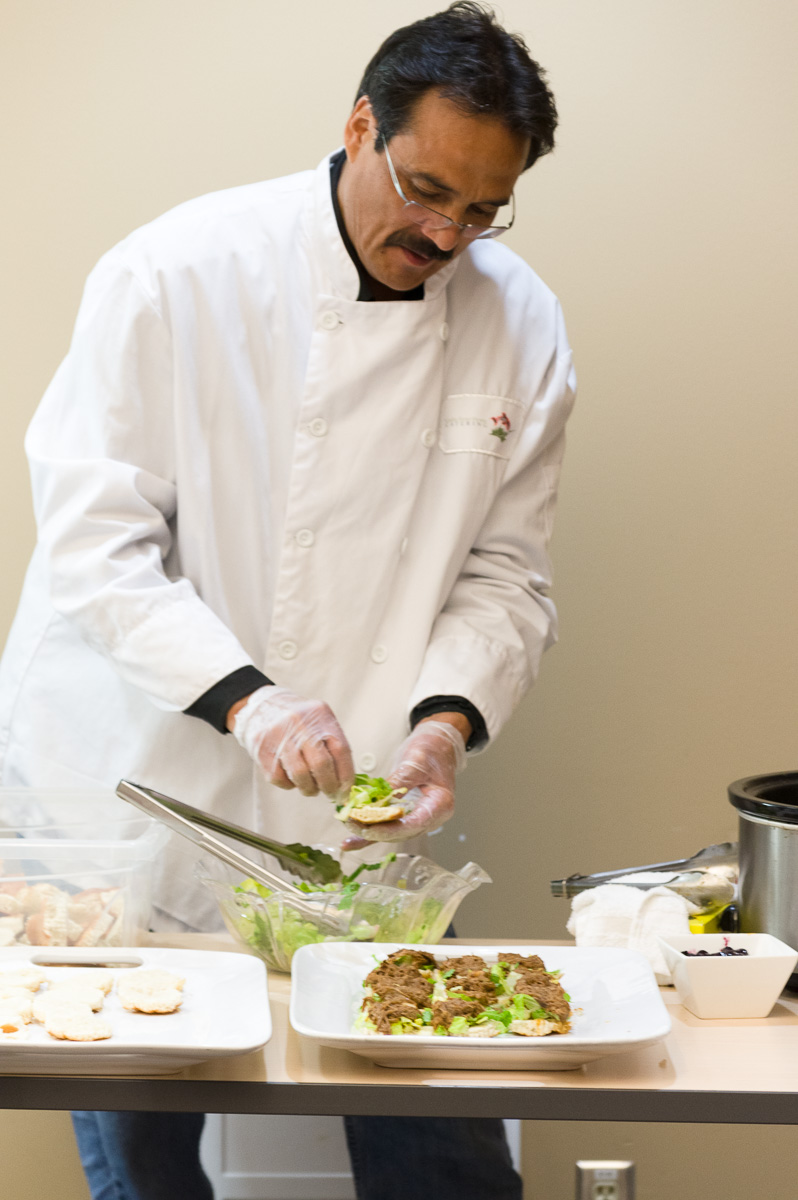 The menu, in case you were wondering, was pulled bison with rhubarb BBQ sauce, smoked salmon mousse and bannock crackers and venison meatballs with blueberry compote.

A lot of mingling and conversation happened over food.  I had a great chat with Tony, the local RCMP officer who does not only outreach with the local youth, including the band, but told me about Pulling Together, a very cool sounding meeting and collaboration between the RCMP and the members of the various bands.  Tony, I’m hopefully going to see you on this next year! 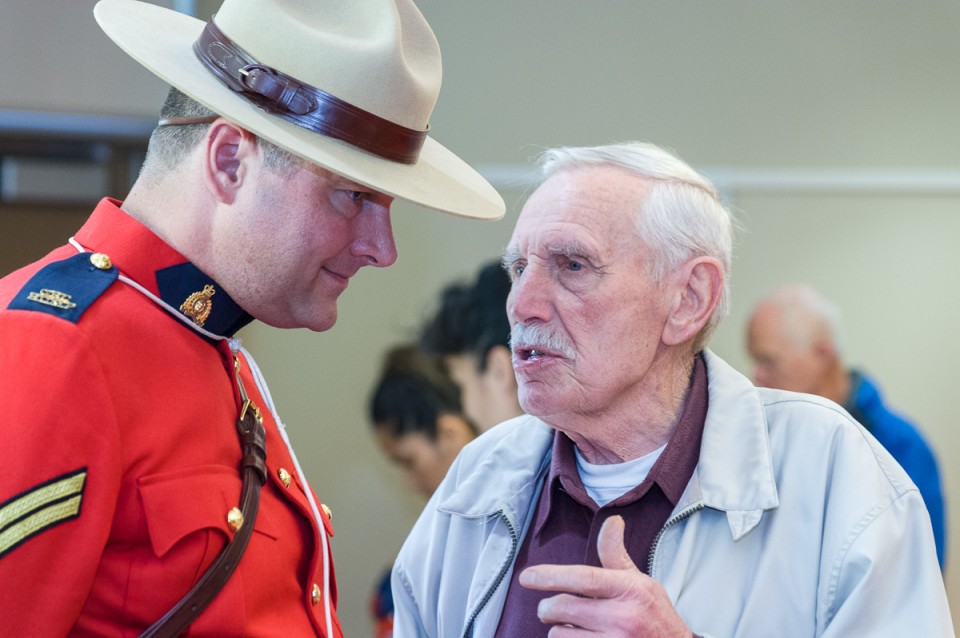 In all this (when I wasn’t grabbing another bit of pulled bison), I was in and around, ducking and weaving, grabbing shots of the mayor, the chief, and the interesting people in and around.

All this time Angus Jordain Jr, a first nations singer and songwriter was playing.  Just him and a guitar, beautiful music.  He’s got some great stuff, I recommend hitting up his various pages and having a listen, some powerful stuff in there. 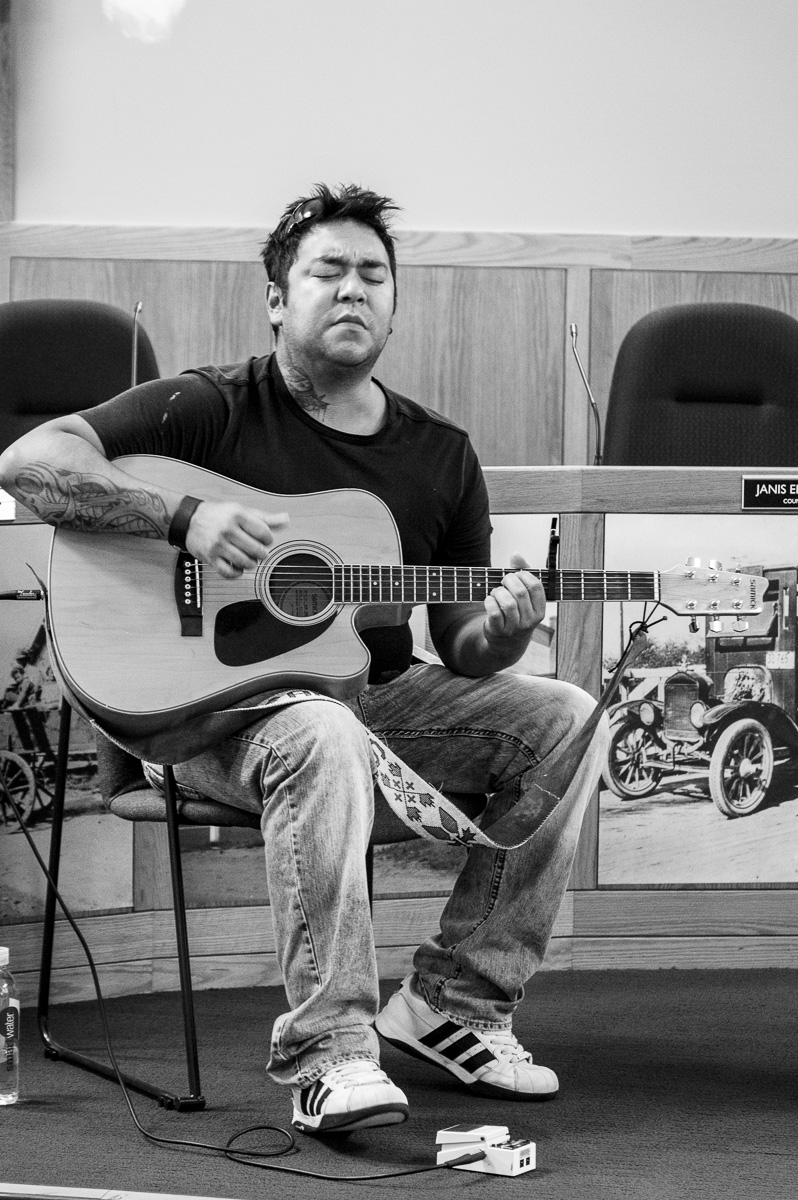 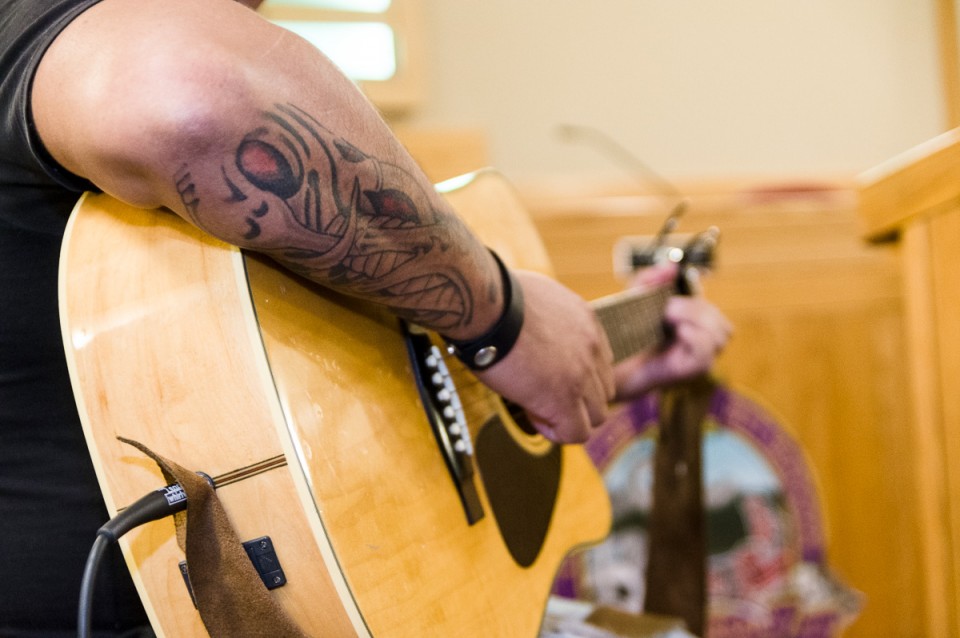 After this there was the official naming ceremony for the three rooms in city hall that were getting first nations names.  The best part of this was when the name on the last of the three rooms wasn’t what was expected, and a small conference formed to figure out how to pronounce the name properly.  The letters look… well, lets say pretty different. 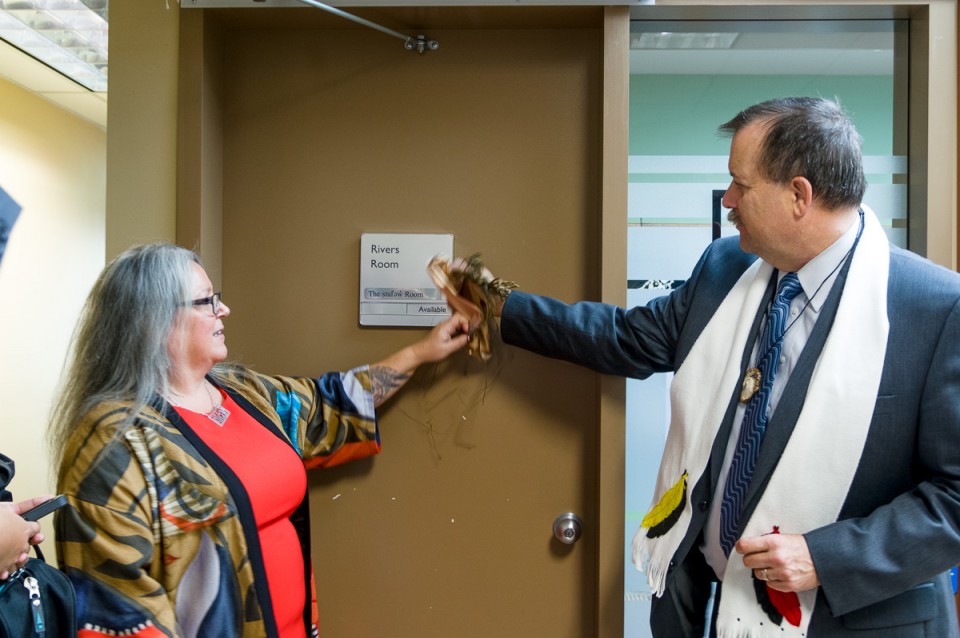 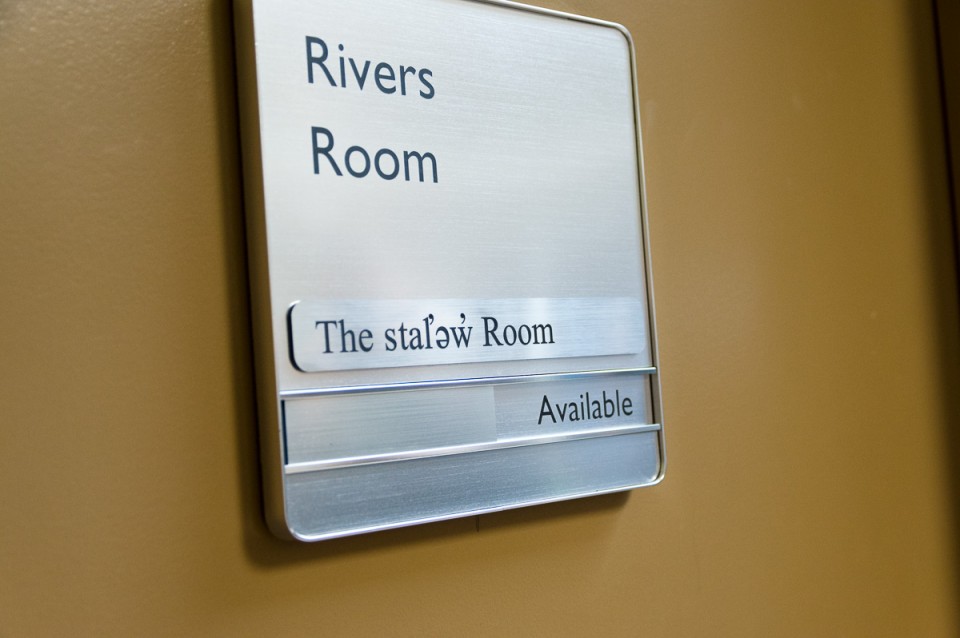 The day ended with a game of Slahal – the bone game. The tribe member who described the rules made it sound like it was being made up on the spot with some of the ways that it worked, but to be fair I feel the same way about cribbage…  The guy running the game said that he’s seen games as short as 15 minutes and as long as seven and a half hours.  Crazy stuff. 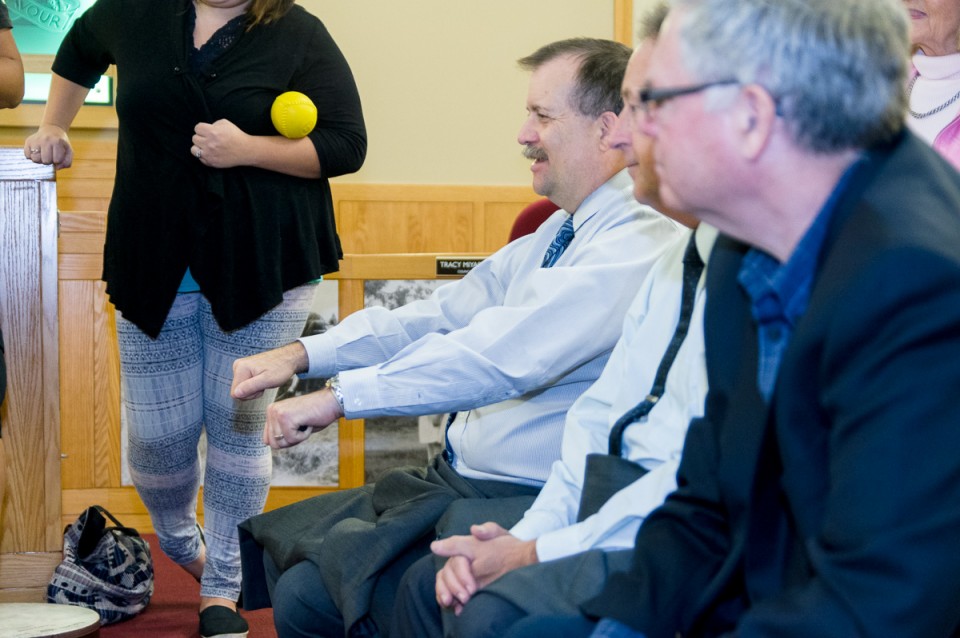 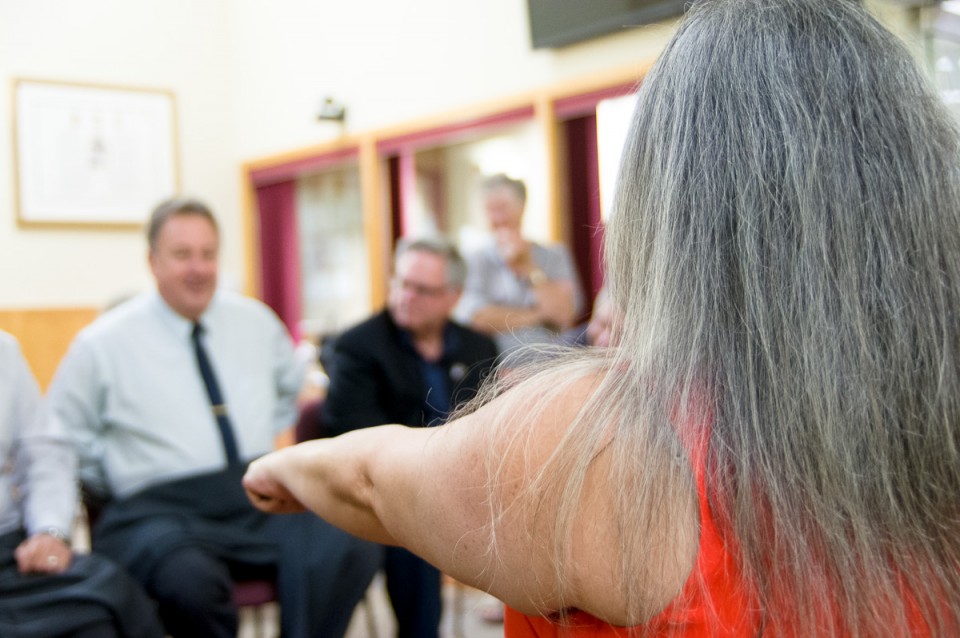 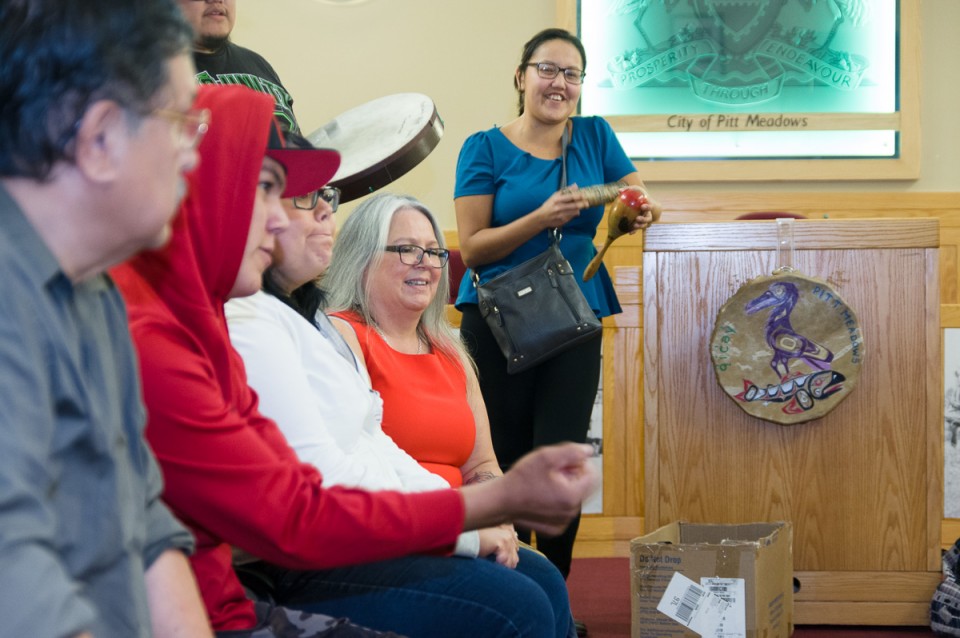 As I left the two sides (the Katzie Band vs The Mayor and his team) playing to tribal music as each side took their turns. 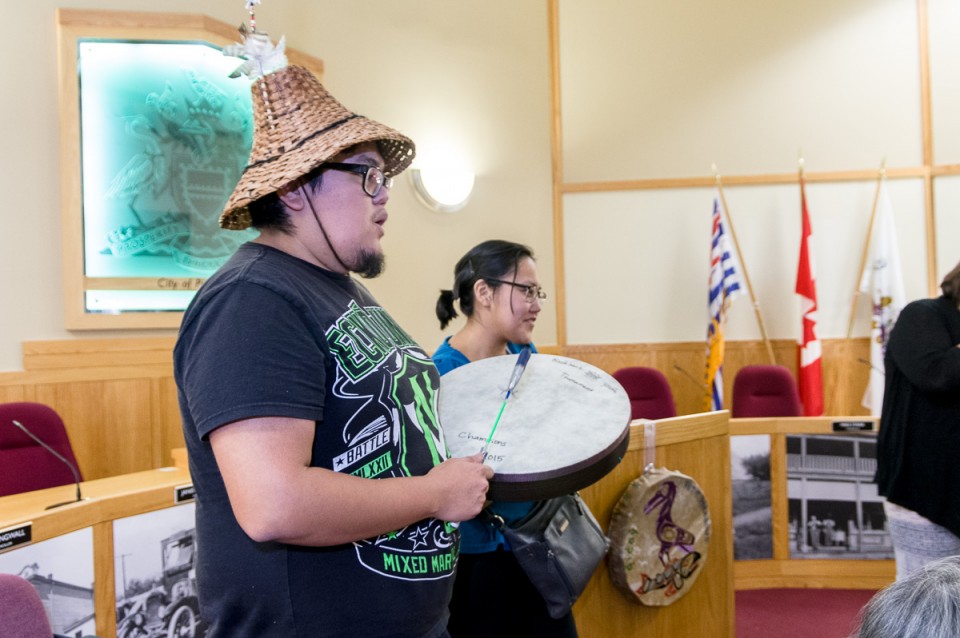