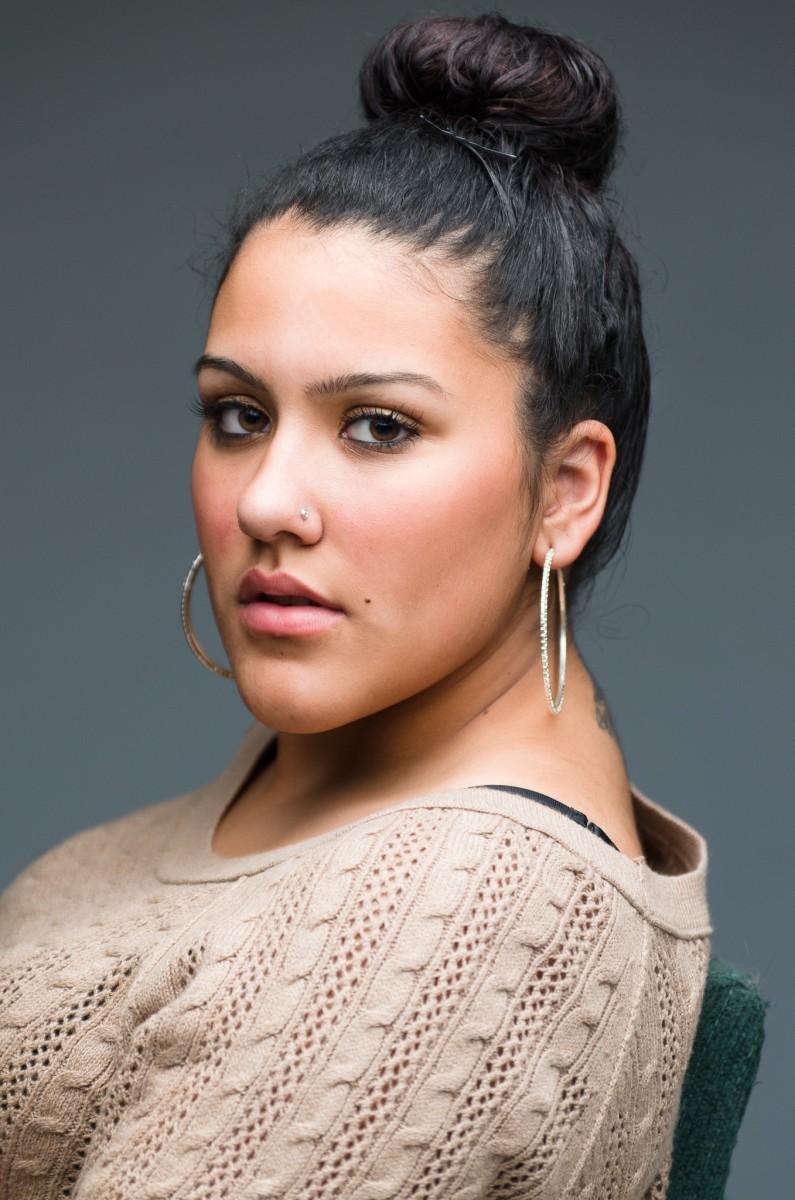 Every once and a while I get new toys and I have to steal someone to help me test them.  This time it was the 60″ Photek Softliter II

, which I got a month or so ago but honestly haven’t had the time to pull it out and play. I put out the call on my Facebook page and had a lovely lady whom I have shot with before answer and we set up an evening shoot.  She knew that she was going to play a bit of a mannequin, but she was cool with it all.

One of my favourite shots of the evening is the above image.  It was done with the Softlighter in brolly mode in “tabletop” position (which I learned from Strobist in this post).  It can be tricky if your subject has deeper set eyes or is looking slightly down, but it’s easy to get them to raise their chin a bit, and if the majority of the umbrella is in front of them, there’s a huge (in this case 60 inches) amount of material for the light to come from to bounce it’s way “back” so the shadows are reduced.  I didn’t have it positioned perfectly (a bit harder without a C-Stand and just a normal light stand, though at one point I had her boyfriend Cam holding it, so I guess it was a bit of a “C stand”….. pause for laughter), as you can see below, but it still worked out nicely. 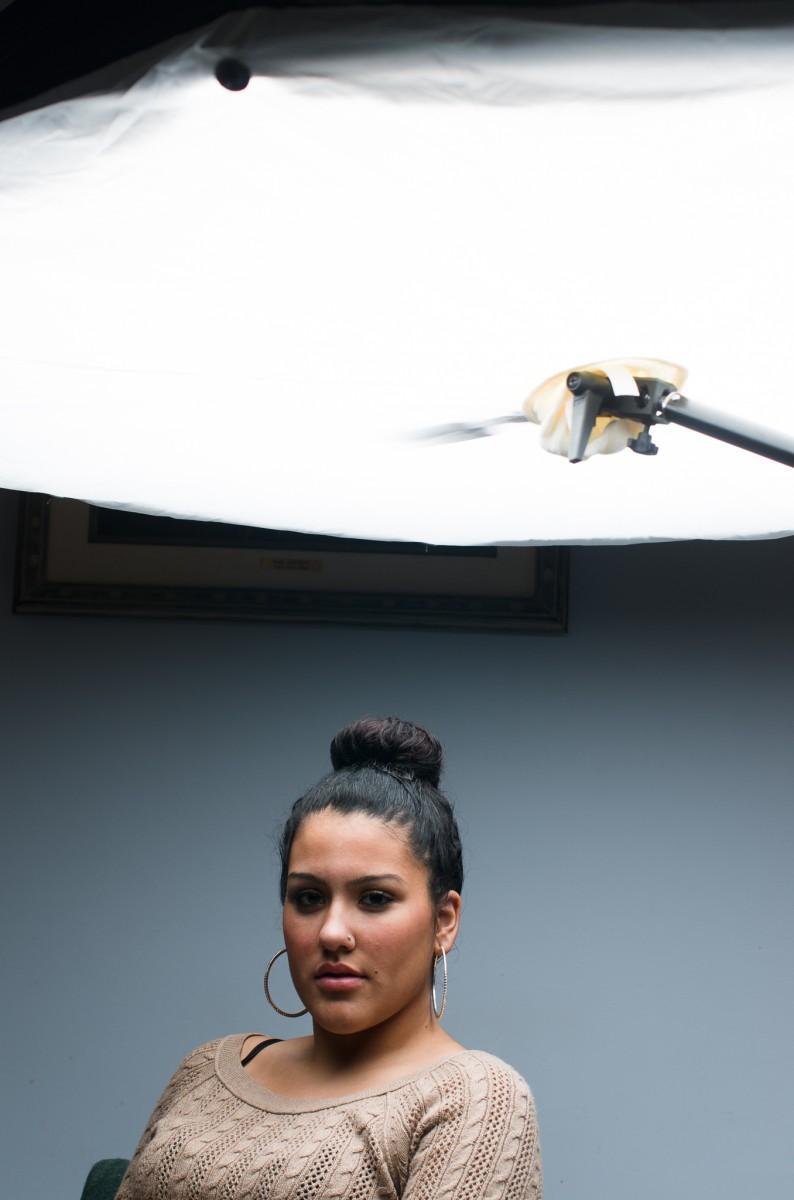 The nicest light touch was because I had this huge white box of light above her, there were some great reflections that I don’t normally get, most visible in the main image with the lighter parts of her hair picking up the white of the cover.  Very nice stuff. 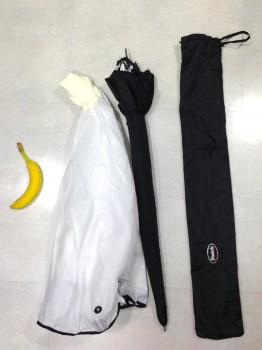 The Softlighter II Kit with banana for scale

We shot for about an hour, with me taking reference shots (like the one above) every now and then as I moved the light around her and over top of her, in each of it’s three different configurations (shoot into, shoot through, and brolly modes).  Personally I think that brolly mode is my favourite so far, but I still have more testing to do, maybe somewhere a bit more on location with more possibilities than my living room can offer right now 🙂

Honestly the 60″ version is almost too big.  I bought it because, honestly, I didn’t realize there were others.  Turns out there’s a 36 inch

and 46 inch version, and even though David Hobby calls the 60″ his “desert island” bit of lighting gear… man that’s a bit of a beast in a small area.  Or even just a room without thirteen foot ceilings.  Still, that light is soft and delicious…..