I’m going to write some controversial things here. Probably some things that people won’t like, but I’m hoping that by doing so it will help others to become better photographers. It’s possible that I’m going to insult you, and I’m going to make you think that I’m being a complete arrogant ass, and you’re going to know that I have no right to be an arrogant ass, because maybe I think I can take pretty pictures, they’re not as good as yours.

I hear a lot of people proudly proclaim, generally amidst a discussion of flash technology, or studio lighting gear “oh I’m a ‘natural light shooter'”. Whenever I hear that I think what they’re really saying is:

“I don’t need silly flashes to make my pictures better, I use the sun and that’s it, making me a better photographer than you and your fancy gear.”

So here’s the thing. While I use flashes and reflectors and soft boxes, the light is still natural, it’s just controlled by me. The light is coming out of a flash is created in nature. The reflections in the models eyes from the umbrella? Natural as well.

So why do people get so hung up on proclaiming their status as a “natural light shooter”? It sometimes feels like one of those “doth protest too much” things sometimes. 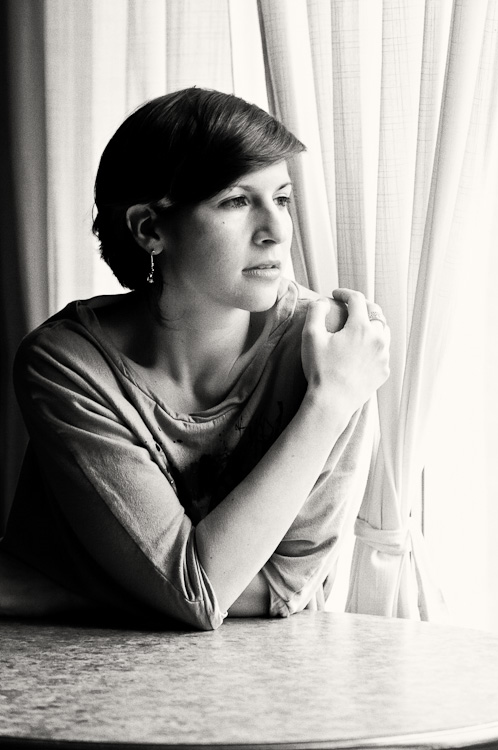 One of my favorite images of Terra Jean, natural light.

I think it has to do with the idea that, like eating organic food or not having cable, there’s pride in minimalism. I also think that there’s a rebellion against the Joe McNallytypes who go out on a shoot with 53 strobes just to take one picture of a silly aeroplane.

Here’s my point. I think that some of these people just don’t want to admit that they don’t understand lighting with flashes as well as they could. I know I didn’t until I started learning how to shoot a flash. Before I read the strobist site or watched Zach Arias in the One Light Workshop I didn’t really, really understand lighting with flash either. Hell, I’d be the first to admit that I still don’t, and have had only the faintest glimpse into the magic of manipulating it.

Don’t look down on flash and studio shooters because they use unnatural gear to create portraits that you can create in the back yard. Embrace it as a way of understanding how light moves and shakes and how it can bake an image into a horrible contrasty mess or a beautiful image. Jump in, use 3 flashes, or 2, or that old one that will just barely fire on slave mode from your camera. Hell – start off with a 5-in-1 reflector and use it to move the light around. Learn what light does when you intervene, a lot or just a little.

The awesome David duChemin writes in one of his Craft and Vision eBooks about how he’s mostly a natural light shooter, and his images look great. Is it because he’s never bothered to learn how to use a flash because it would make him a lesser photographer? Of course not!

If you don’t understand what holding a large light source really close to the subject will do (say, using a large umbrella in a studio), then maybe you’re missing great opportunities to just move a subject from one side of the room to the side with sunlight and a curtain to create a better “natural light” portrait.

I think that, in general, photographers are beyond the pettiness of rejecting an idea outright. I’d hate to hear of a studio shooter rejecting ever shooting something without strobes as much as I would the opposite. While I understand that we all can’t afford 53 strobe units to manipulate light down to the femtocell, don’t reject the idea of a flash because it’s unnatural.