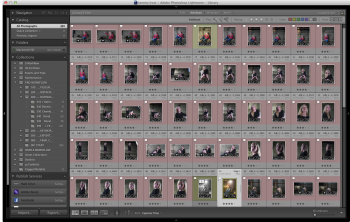 I’ve noticed in the last few years there seem to be two different camps of image rating methodologies for photographers. One camp is to use star ratings, One star to 5 stars, using the full breadth of available stars. The other camp is a binary one, using either no stars or five stars, using this to flag images that are good or not.

Sort images to show only 5-Star ratings, then view at 100% and eliminate images that are unacceptable for technical reasons. If they’re not sharp enough, or not blurry enough, or show some other reason – perhaps on viewing it larger the gesture isn’t right – someone blinked, or something – I remove the 5-star rating and it disappears from my cut. I could use flagged picks, but I use 5-stars or nothing. Just the system that fits my way of thinking. But there are lots of ways to use ratings, and this isn’t about that.An image is either a yes or no to me.

I understand this, and I understand why David, my friend Chris Pike and others use this. Don’t polish a turd, don’t wallow and delay wondering if an images is a two star or a three star image, etc. It makes sense.

I can’t do it though, I just can’t. Maybe it’s something I read in The Dam Book at an influential time in my learning where Peter says that using the full range of star ratings gives you time to grow. What is a five star image to you now won’t be in a few years time, and in 10 years when you go back into your library and say “show me all the 5 star images” I want to see the real five star images, not the hundreds of images that have made the cut over that time. Your standards are going to go up as you grow as a photographer and I just see it as “metadata corruption” to do that binary a rating. 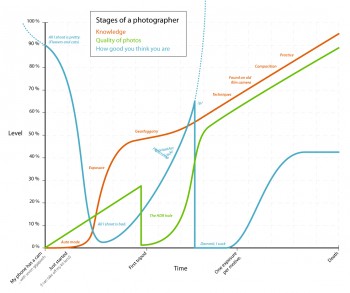 Based on the photographer learning curve, this is going to happen a lot.

Maybe this means that this year you use a binary rating system of zero or two stars, and next year it’s zero or three stars. Maybe you use a rating methodology like Gavin Gough advocates in his excellent eBook The Photographers Workflow? Maybe you come up with your own.

I’m not trying to judge anyone for how they rate their pictures. Use what works for you, ignore what I say. I just wanted to write out (and get straight in my head) why I don’t use  the “five stars or nothing” workflow.

Because I started writing this post before I had completely read all of David’s post, I see later on how he does a ‘months later’ edit and further culls out the non-5 star images, which is a good way to do it.  Still, I maintain that for me (again, no disrespect at all to David, he’s a guy whom I look at with nothing but respect and admiration), I really like the 1-5 star system that I adapted from both The Dam Book and Gavin’s Photographer’s Workflow eBook, though I have noticed lately that I tend to categorize into 1-5 stars, but only ever really work on the 5 and sometimes 4 star images.   Maybe it is time to look at another way to do it.