So a couple of weeks ago I saw that @tourismabby had tweeted that there were Vikings coming to the Trethewey house in Abbotsford.  Another great opportunity to head out and make some pictures. 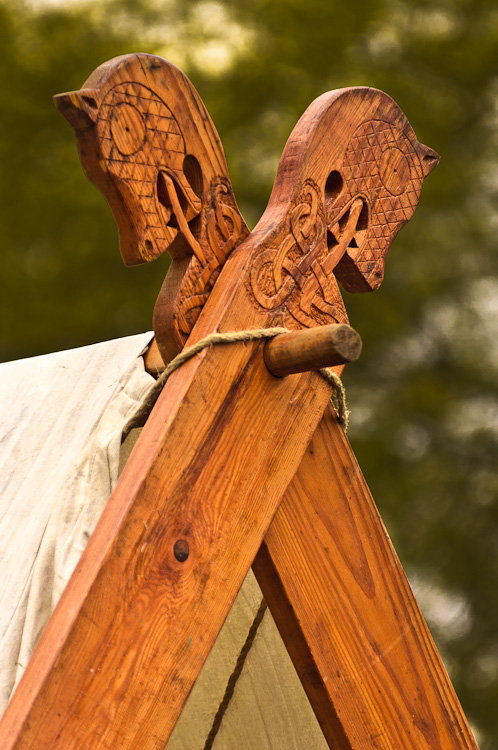 The first person I saw when I got there was my friend Ken, who you saw in the last post.  He was making rope with another person, and was happy to see me, and gave me a tour around, talking about the group, what they do, why they do it, and how they pride themselves on authenticity (compared to the SCA which is more about getting together).  Following are some of my favorite images from the day.

A spear helps hold up a tent. 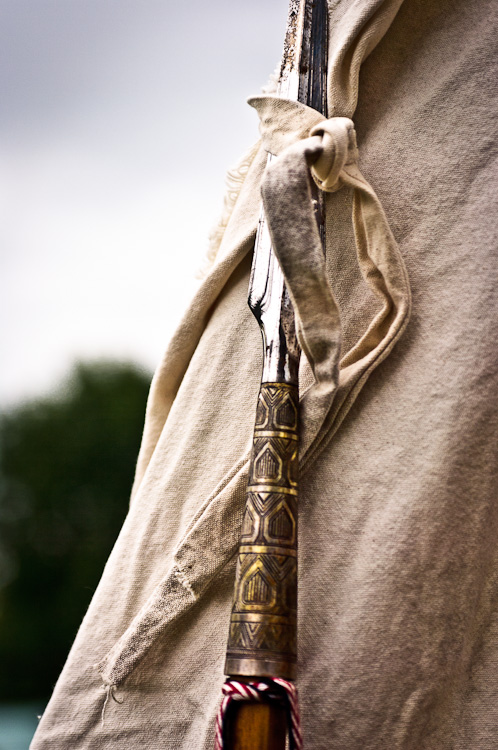 Many people were done up in great finery. 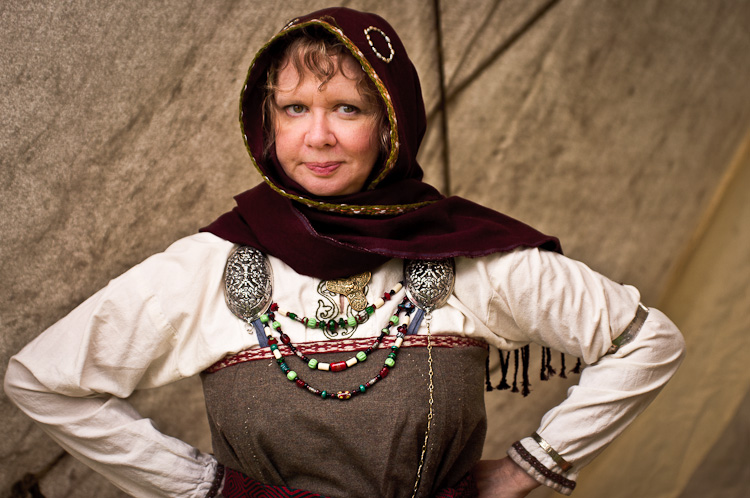 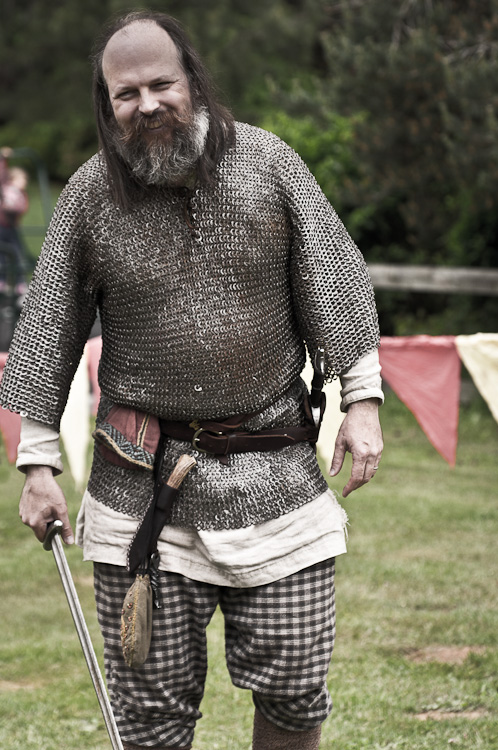 Everyone got to check out some of the fun artifacts that were brought along. 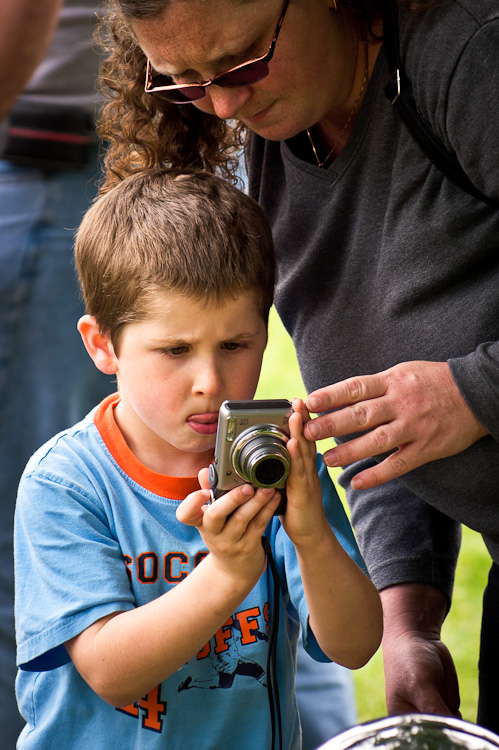 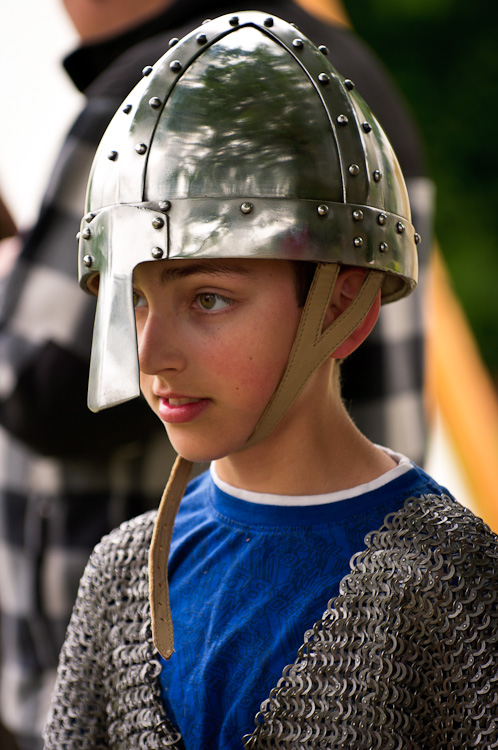 Most fun looking were the sword fighting lessons.  Well, fun for the teacher anyway! 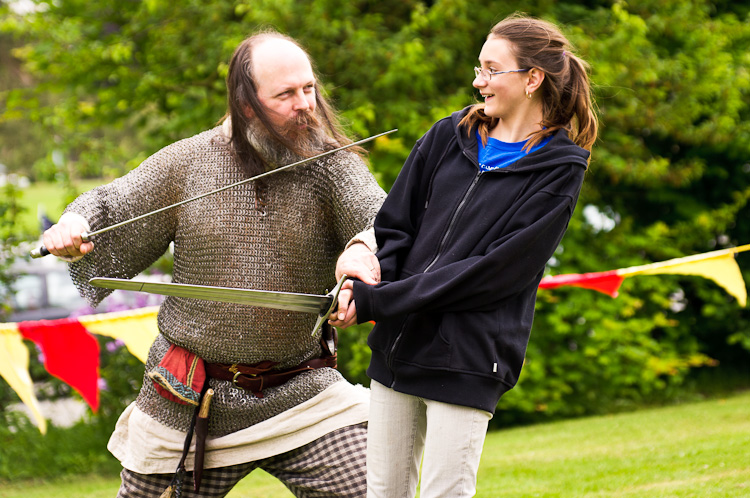 There were also singers, spinners, and crafters. 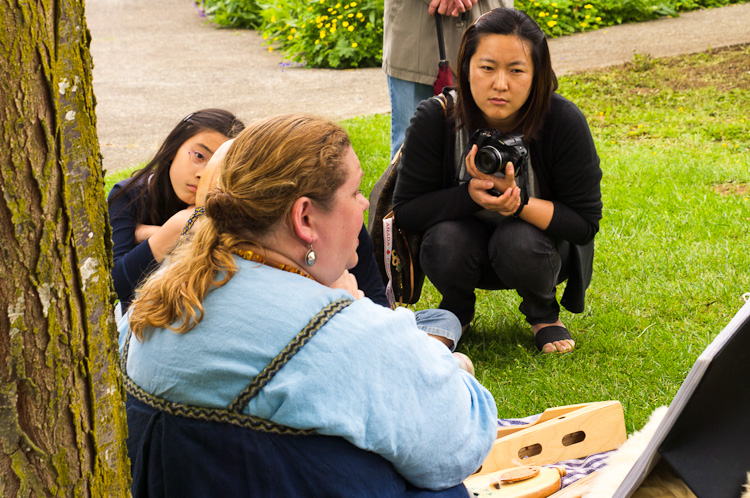 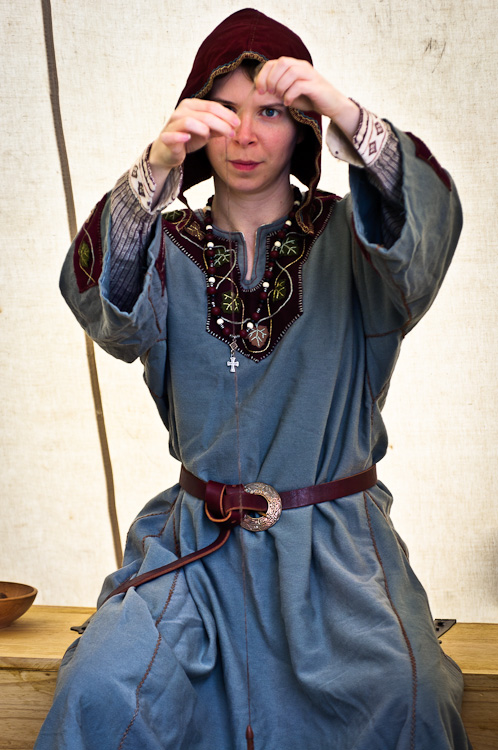 This guy has a glint in his eyes because just before taking the picture I said “give me a quick blow for the camera”.  No idea what he found so funny though… 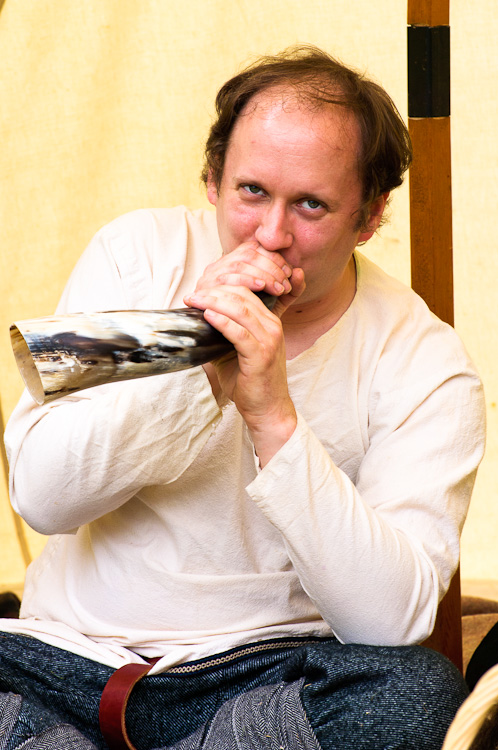 At the end of the day, and not to bore you with too many pictures, I got Ken to give me a couple of poses. 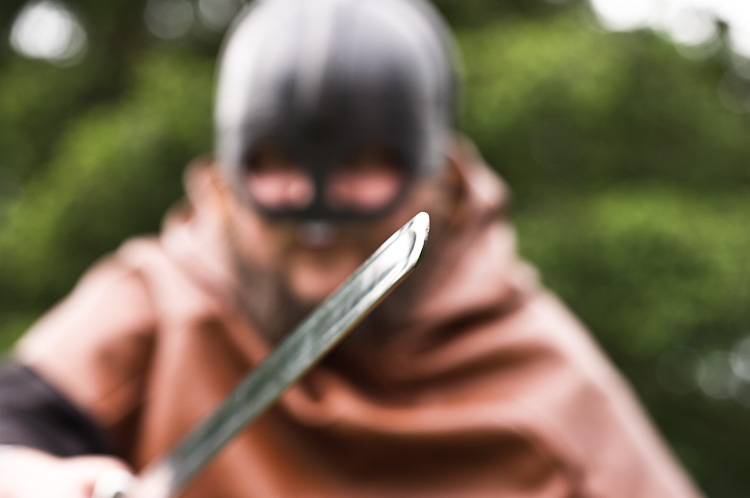 That’s it.  Had a great time, made some great images, and had a blast hanging out with the The Vikings of Reik Felag!