I’ve known of Prada West since I started shooting the Rap Battles and Hip Hop shows.  He’s one of the guys who has made it big time enough to tour and take his music and his art on the road, touring and this year spending a month travelling across Europe. I made a portrait of him at the last hip hop show that I shot, and I just wasn’t satisfied, so I set up to make some photos with him. 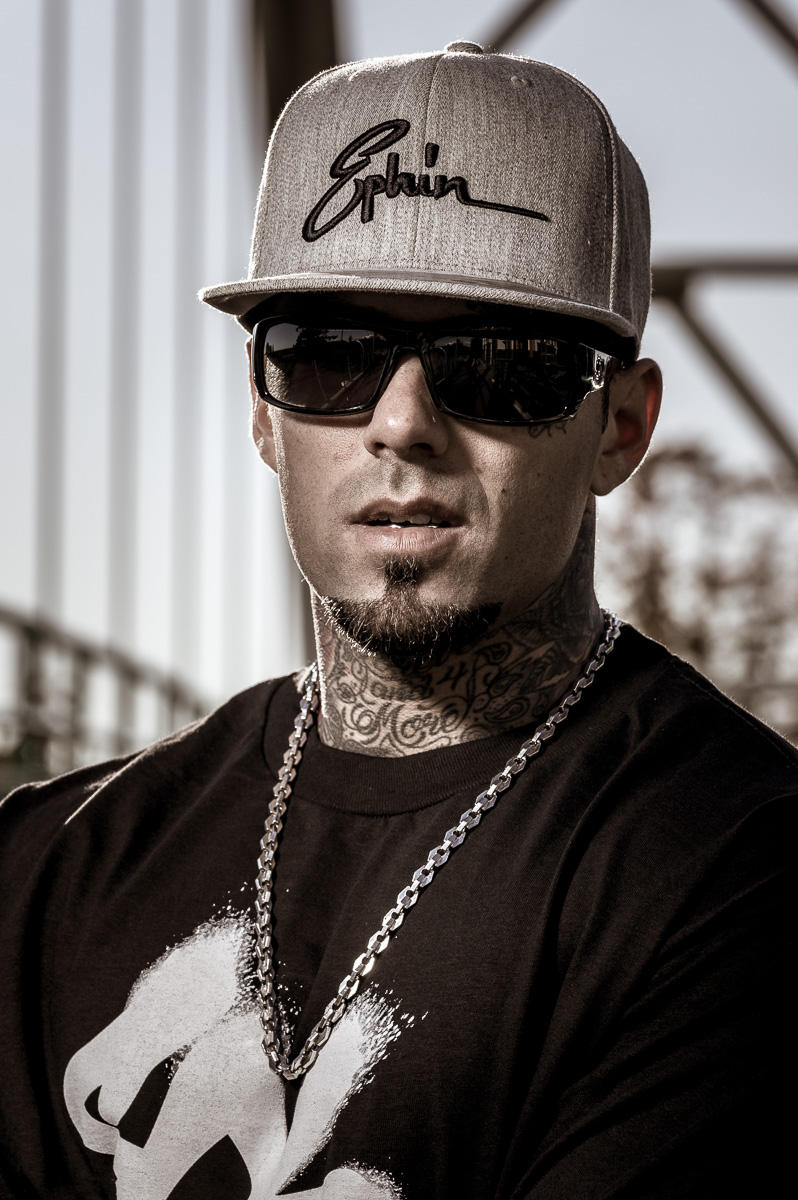 We met up in downtown Langley, chatted a bit and then went to a couple of nearby locations that worked for his look.  Prada is a cool guy, concerned with the industry, the local artists and his family.   In other words everything you’d expect from a heavily tattooed, bad-ass looking hip hop artist from Vancouver 🙂 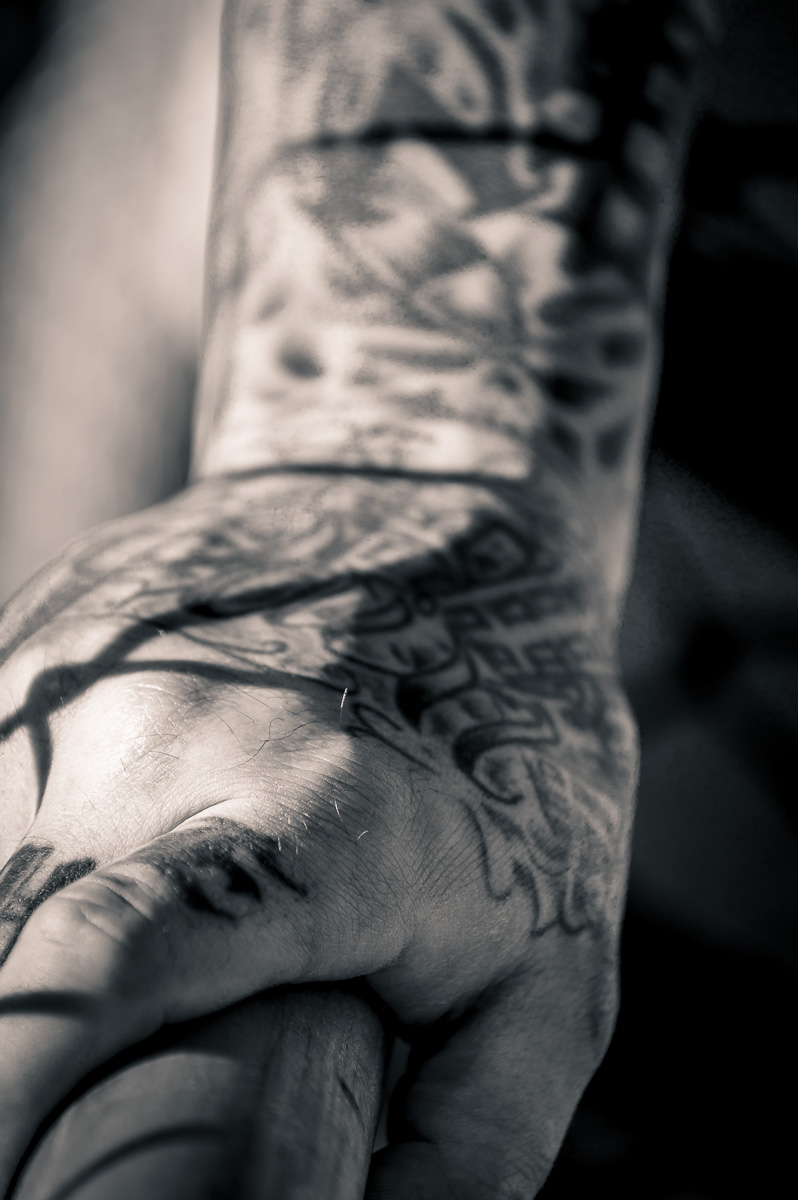 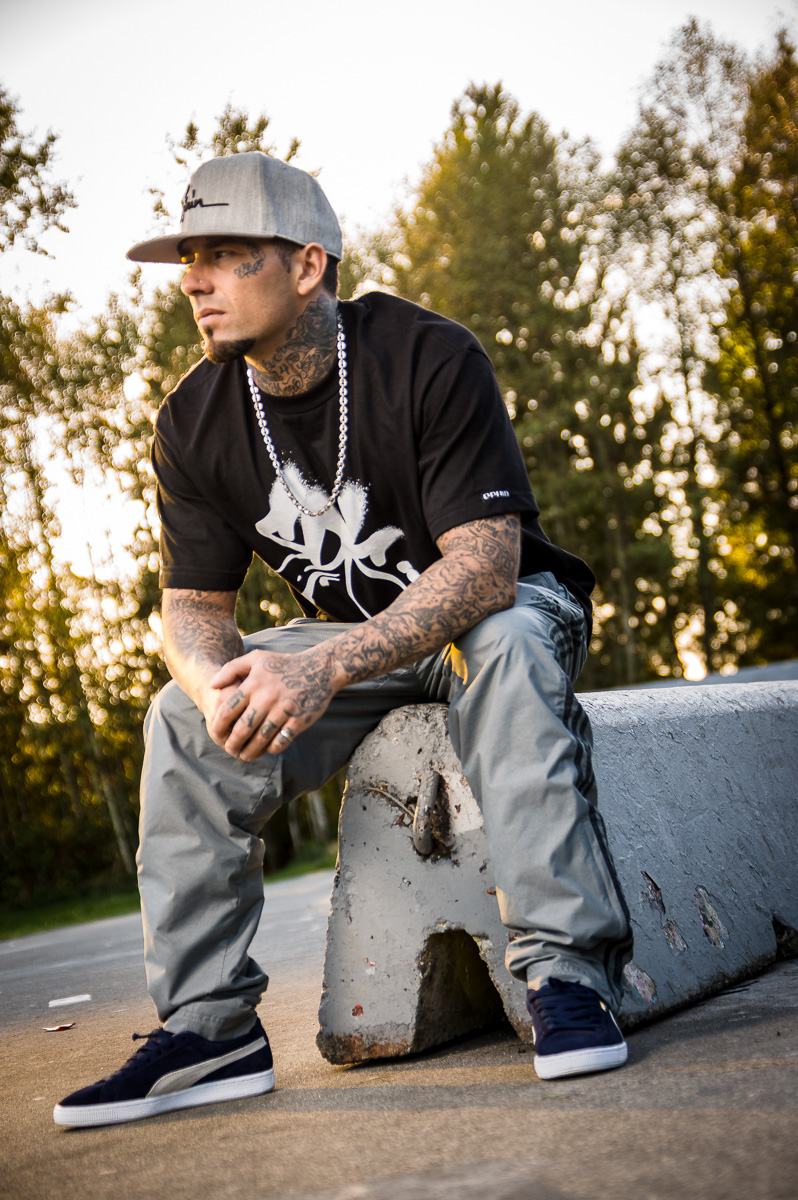