I was at my regular wednesday programming geek meeting.  We get together at a coffee shop in Abbotsford to ostensibly talk about programming and working on projects, but in reality, well, there’s a lot of browsing websites, drinking coffee, and talking about everything from tech to religion.  A gentleman a table over decided to talk to us, imagine a bit of Carl (the old guy) from Pixar’s Up, not really understanding that we were doing our own thing.

Him: “So what you fellas doing?  You playing dem computer games?”

Us: “Nope, just doing some things….” <continue to go about our stuff>

Him: “Ah’m computer ILLITrit you know.  You fellas with your screens, I’d have no idea what’s going on”

Us: “Uh huh…. well…. it’s all about practice I guess… we’re just computer geeks playing around” <go back to our own stuff once again>

Us: “Yup, just practice, computers are just like watches.” <why does this guy not get that we don’t want to talk to him?>

Now I wish I could say that I was the one of us who had said “I should talk to this guy, I should hear his story and delve into a strangers world” at the start, but I can’t, because I didn’t.  I did perk up when I saw the watch be passed over though, as it was a gorgeous old pocket watch.

And I happened to have a camera and a flash with me.

So with the help of my friend @curtismchale acting as a VAL I got a few shots of it before sending it back to the old guy, who by this point his wife had realized we weren’t interested in talking to him (of course at this point I was) and moved him to the other side of the coffee shop.  Still, I got a couple of great shots out of it and a bit of a story to tell.  More importantly a lesson in hindsight about being more open to talking to the crazy old man at the coffee shop. 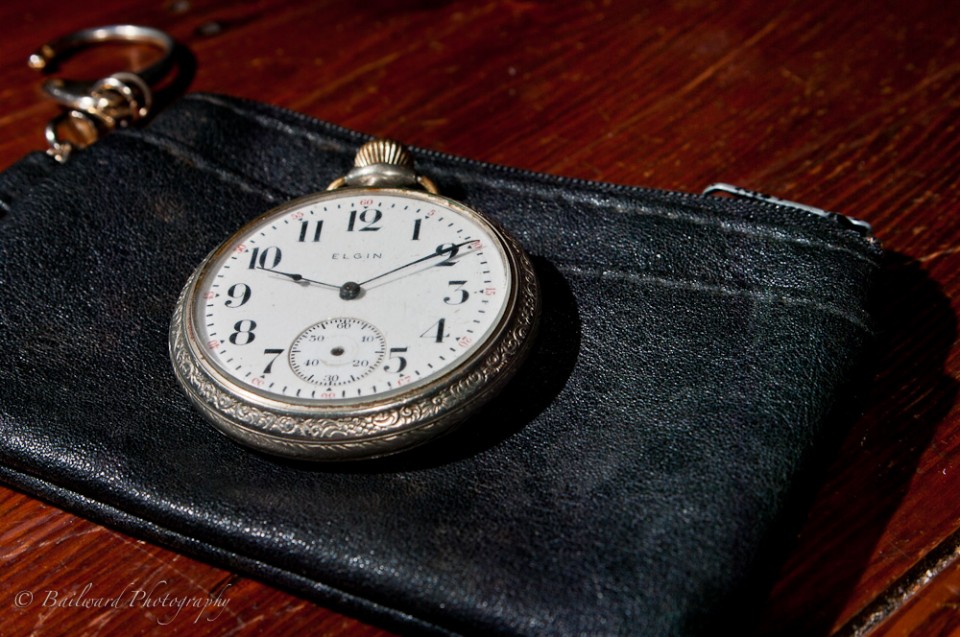 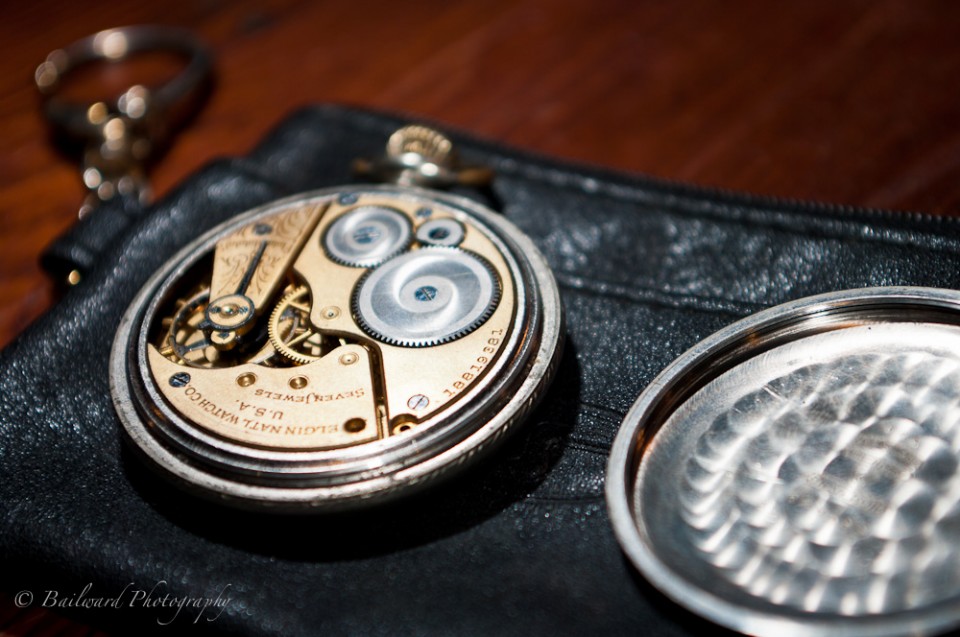