This year I once again was part of the BC Summer Games photography team, 40 volunteer photographers doing their best to, over three days, capture the essence of BC Summer Games.  Our goal was to get photos of every single young athlete who took part, and we worked hard.  Three days, a huge variety of sports, including wheelchair and Special-O, and hundreds of athletes.  There are over 7,000 photos on the BC Games Flickr site, and 3.9 million views.  Not bad for a bunch of volunteers huh?

This year I shot four sports.  Lets start with… 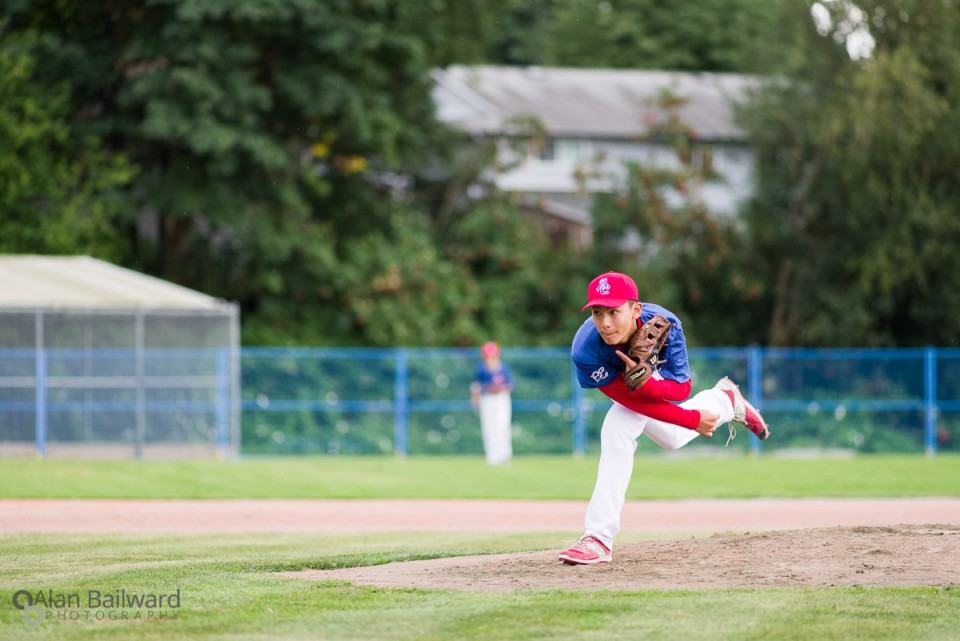 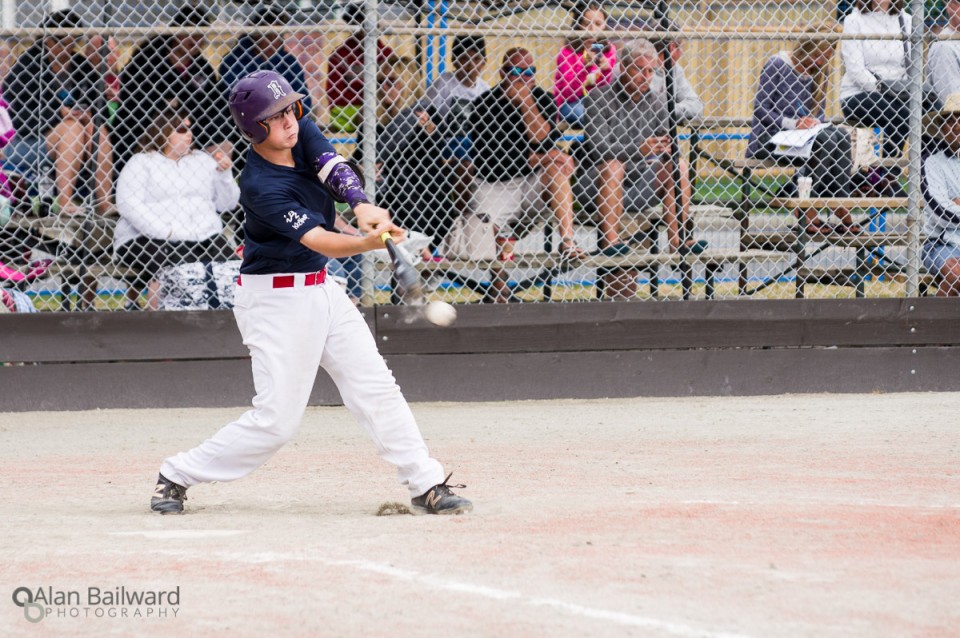 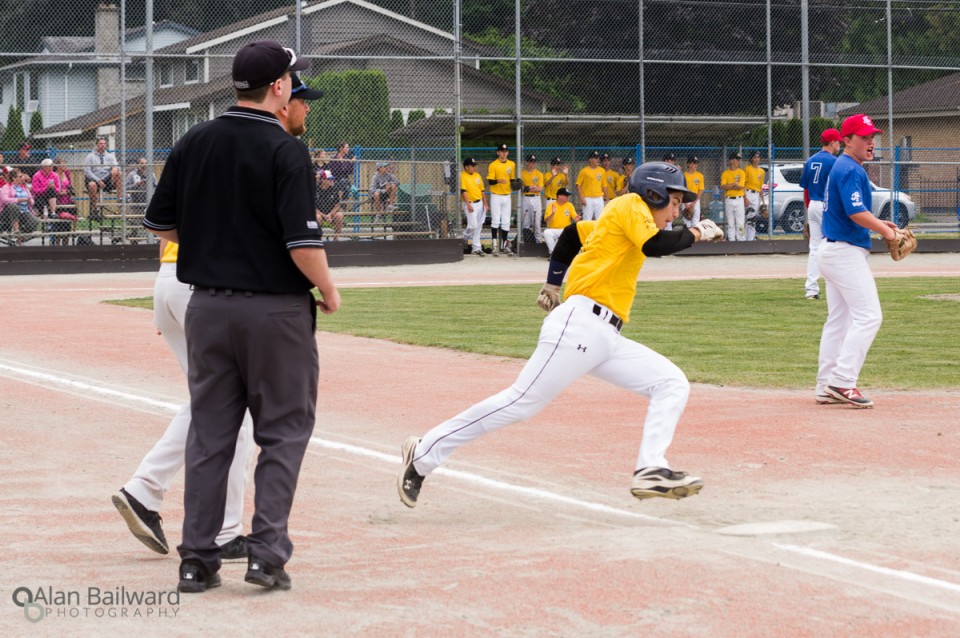 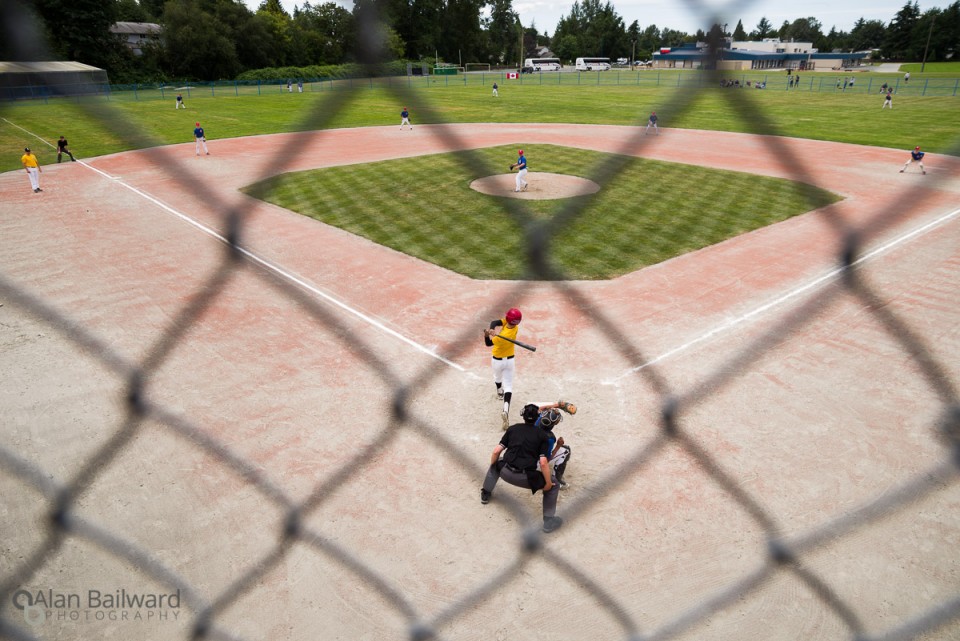 Lessons learned here, the photographically interesting stuff happens at the mound, home plate and first base.  Integral plays and game changing events happen in the outfield, but as a photographer I planted myself beside first base and shot the pitcher at the mound, the batter hitting, and the runners rounding first.   The last photo above is one of my favourites though, taken from the … uhm…. observation deck?  No idea what it’s called, but you can see everything from there!  Oh, I also learned to keep an eye out for foul balls, I only almost got hit with two of those.

You can find all the BC Summer Games baseball photos here. 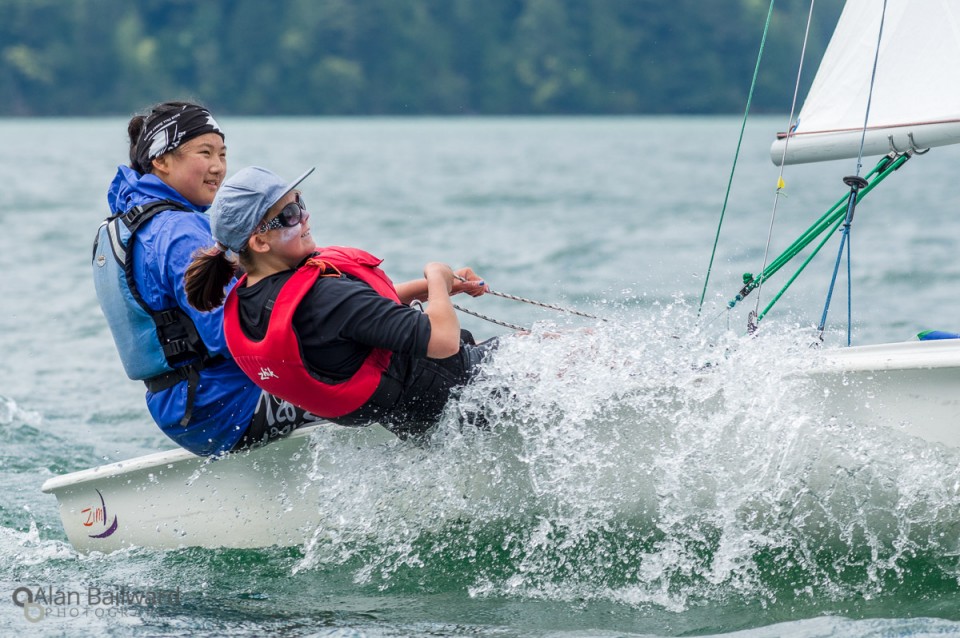 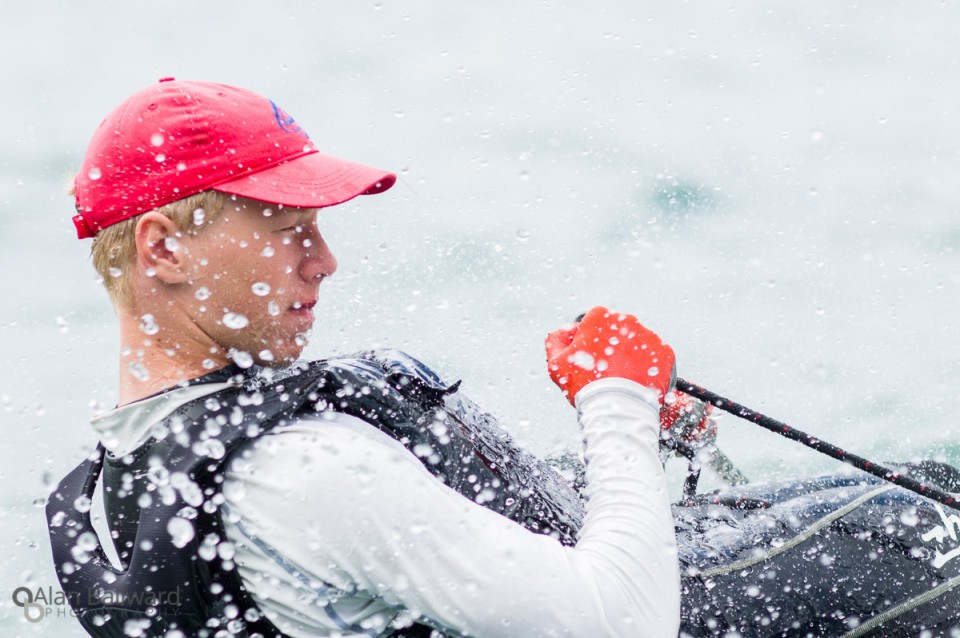 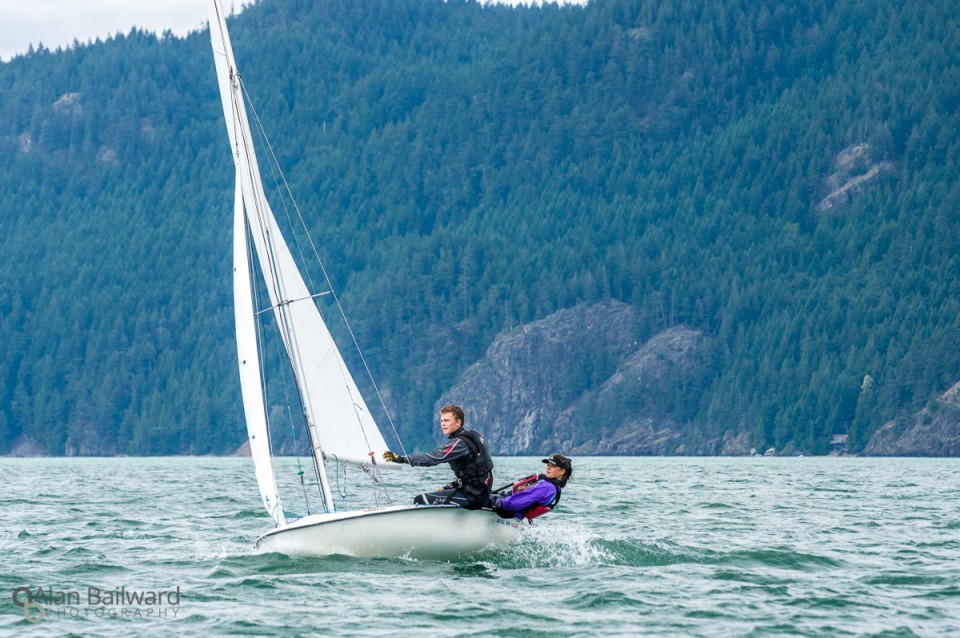 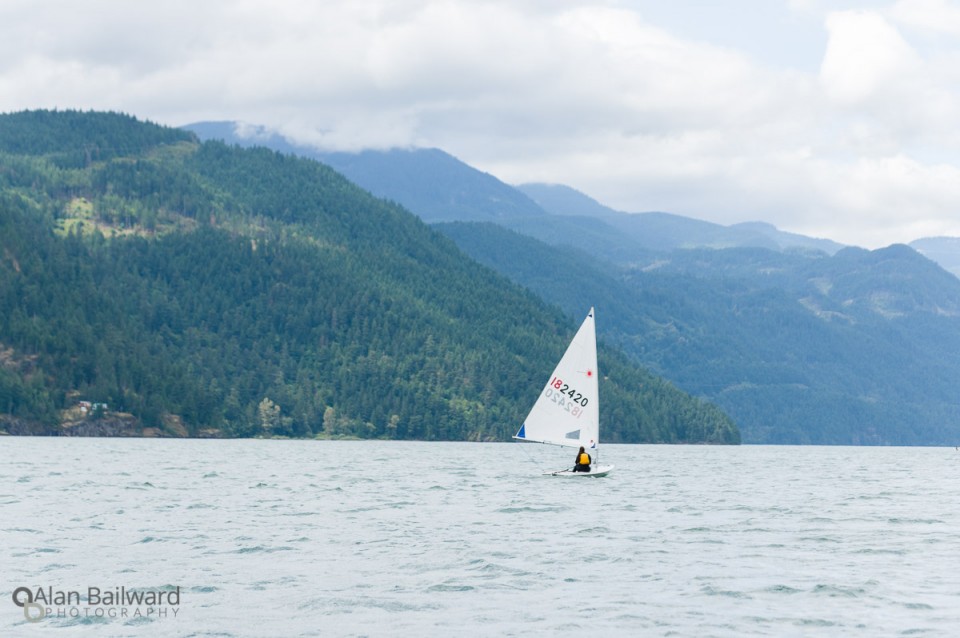 When we were asked what sports we wanted to shoot, I chose ones I’d never shot before.  Doing the same again wasn’t nearly as interesting and as challenging as opting to shoot something that I hadn’t done before.  The biggest and most unknown one of these was sailing.  My partner in (photographic) crime was Bob Friesen, and when we arrived in Harrison Hot Springs we really had no idea what to expect.  We were met by one of the Games Volunteers who directed us to our boat (only one, the other had broken down earlier in the day) and we met our skipper and first mate. 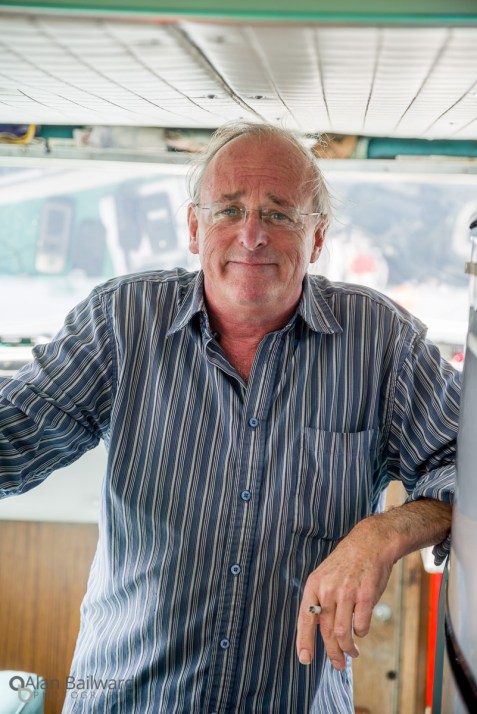 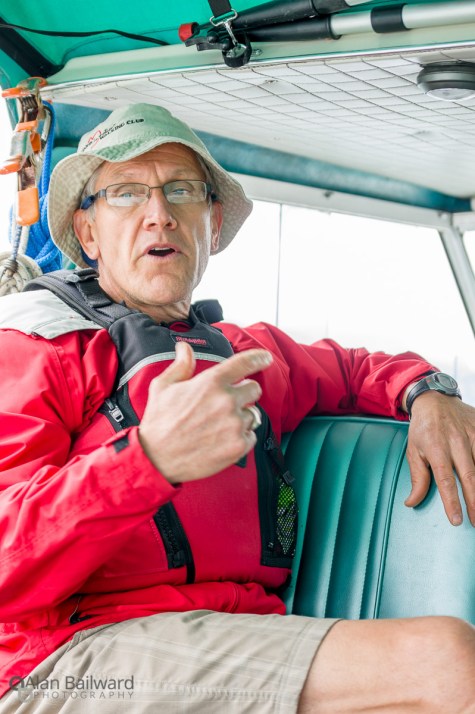 They took us out, showed us the ropes (not literally) and got us in the absolute perfect spot for photos.  We were within spitting distance of some of these guys (as you can see), and they were going fairly fast in tiny little sailing boats…. it was awesome.

You can find all the BC Summer Games sailing photos here. 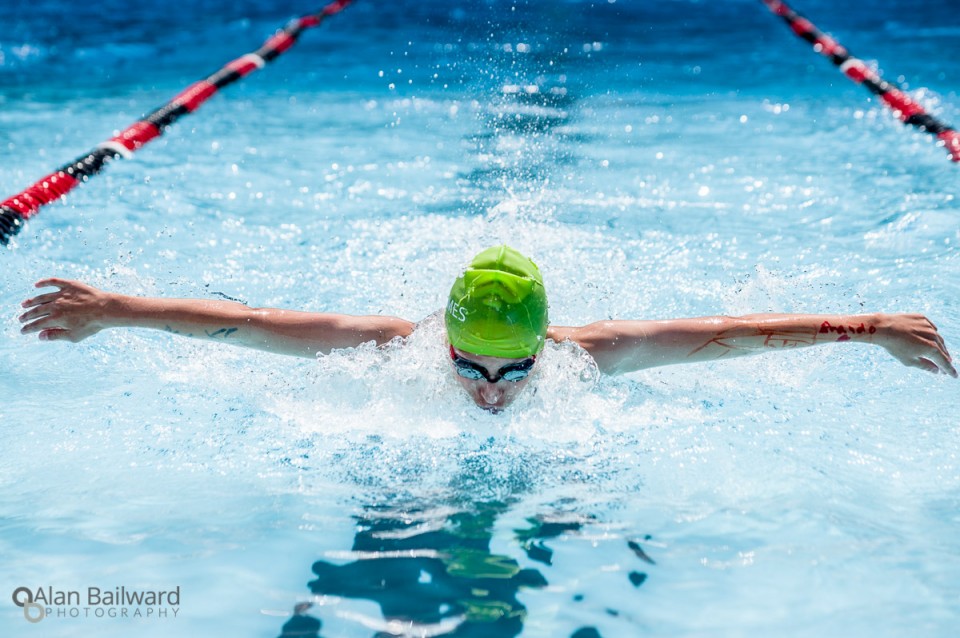 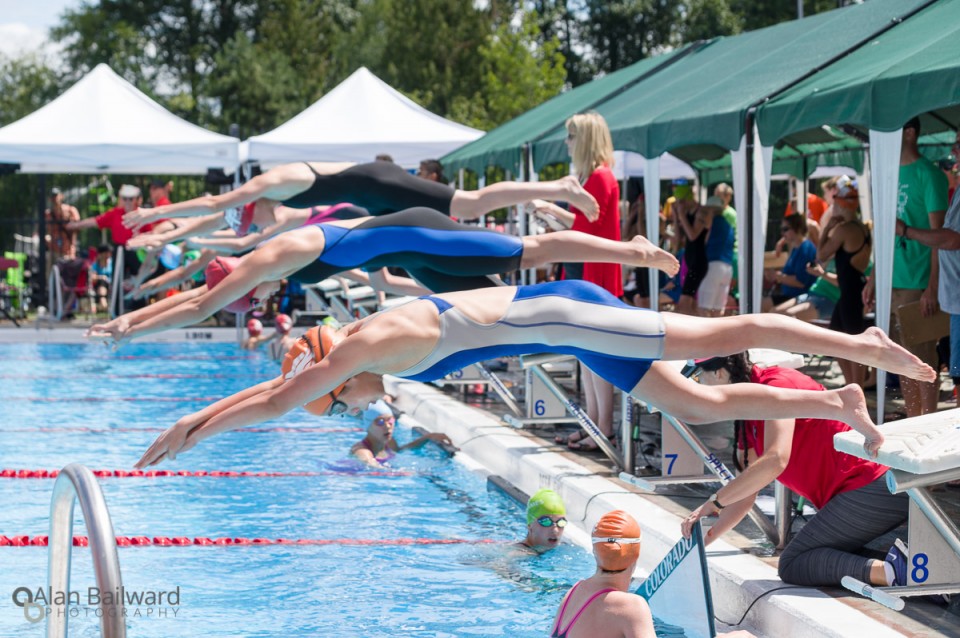 Know what I learned about shooting swimming?  It’s bloody hard.  When the athlete are swimming either front or back stroke, you have very little time to get a photo with a face in it, and if you’re a split second off (as I was a lot), you just get an anonymous swim cap covered in water and bubbles.  Backstroke is easier but it’s really hard to get the right angle from the side of the pool (there’s a limited amount of time the athletes will be at the right angle) and from the top or bottom of the pool you either get the top of a head or waves.  Butterfly looks great though, as does the starting line.

You can find all the BC Summer Games swimming photos here. 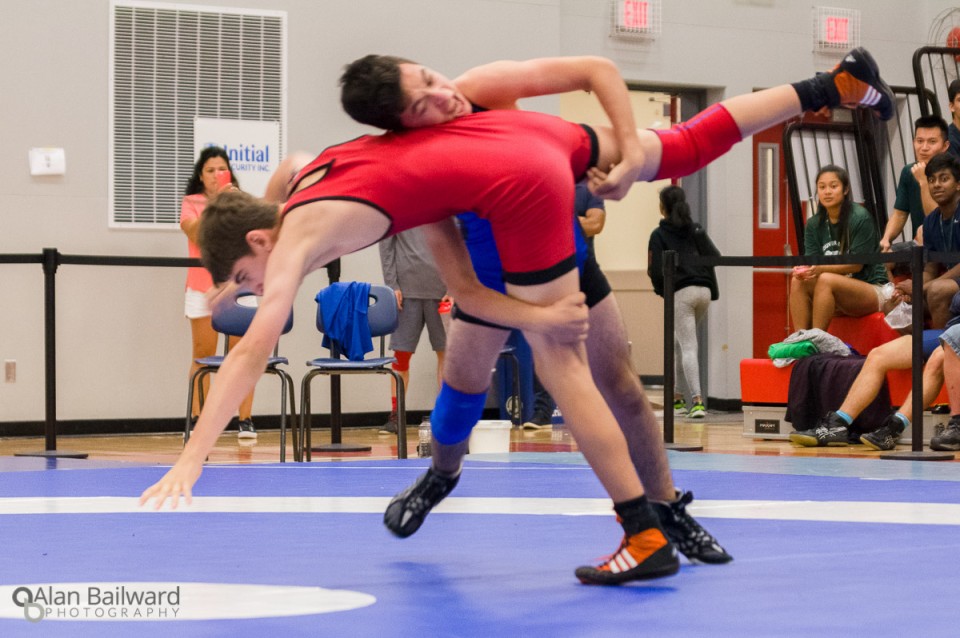 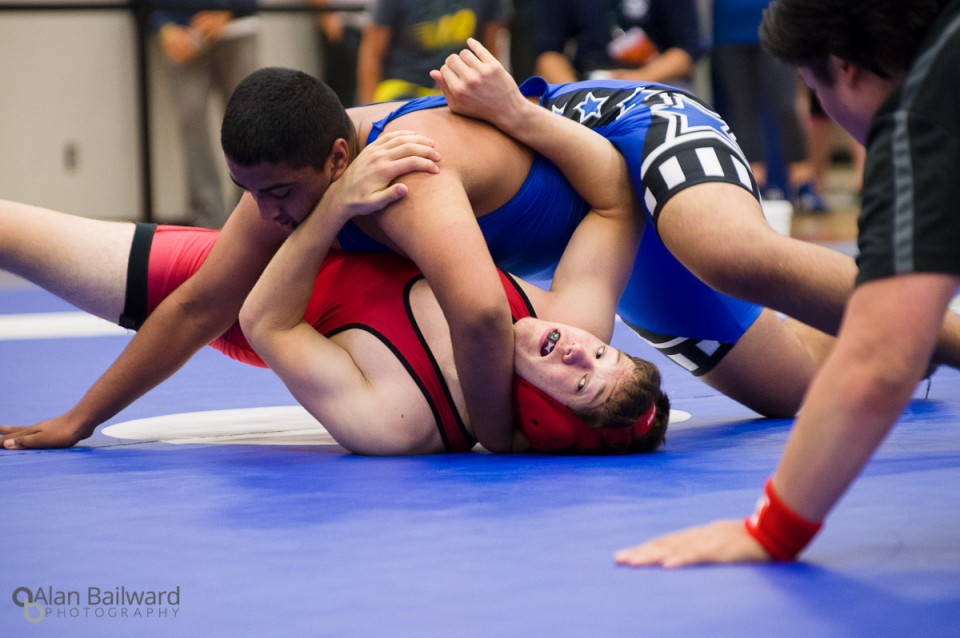 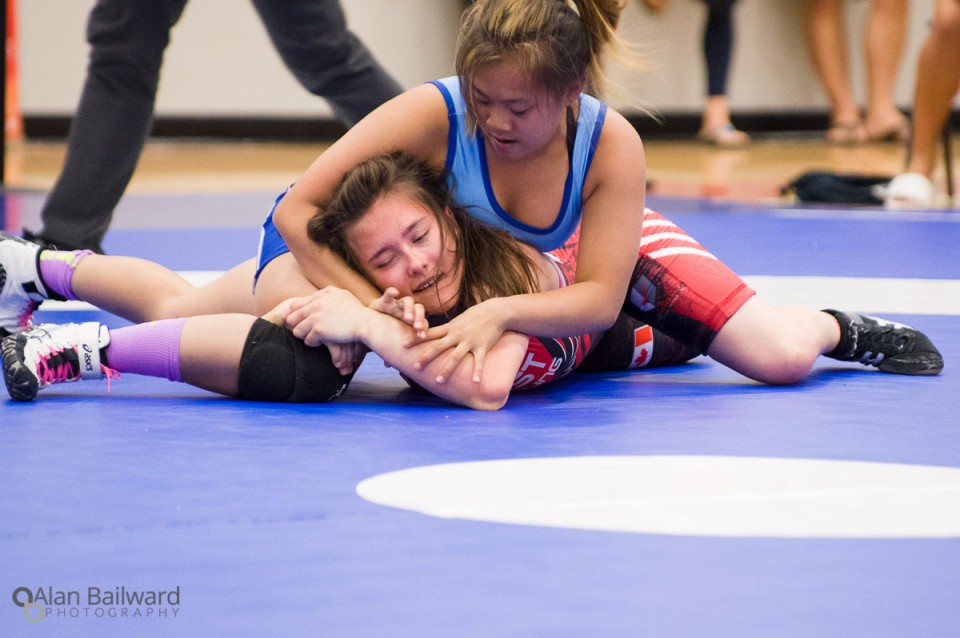 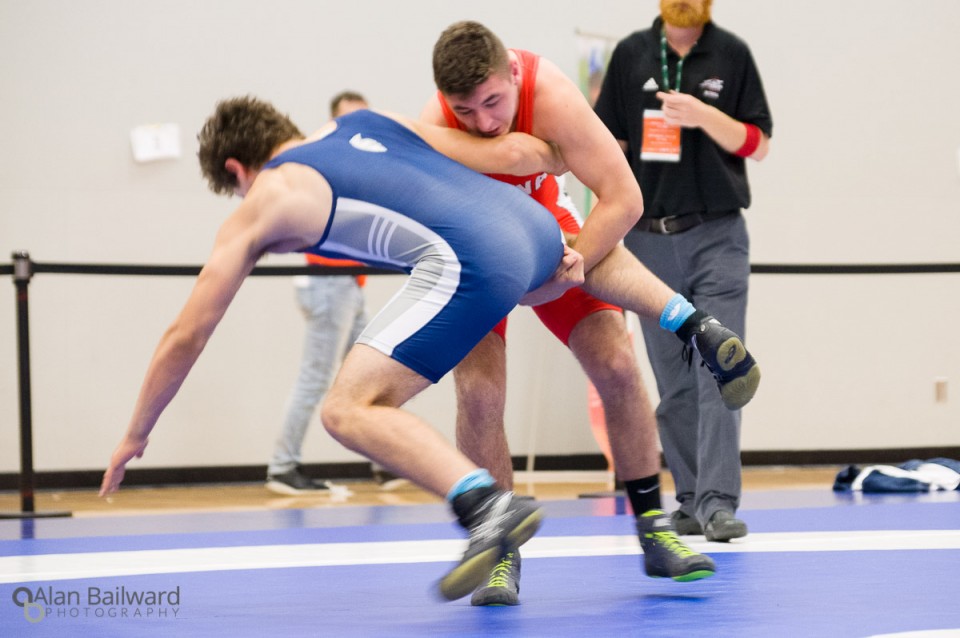 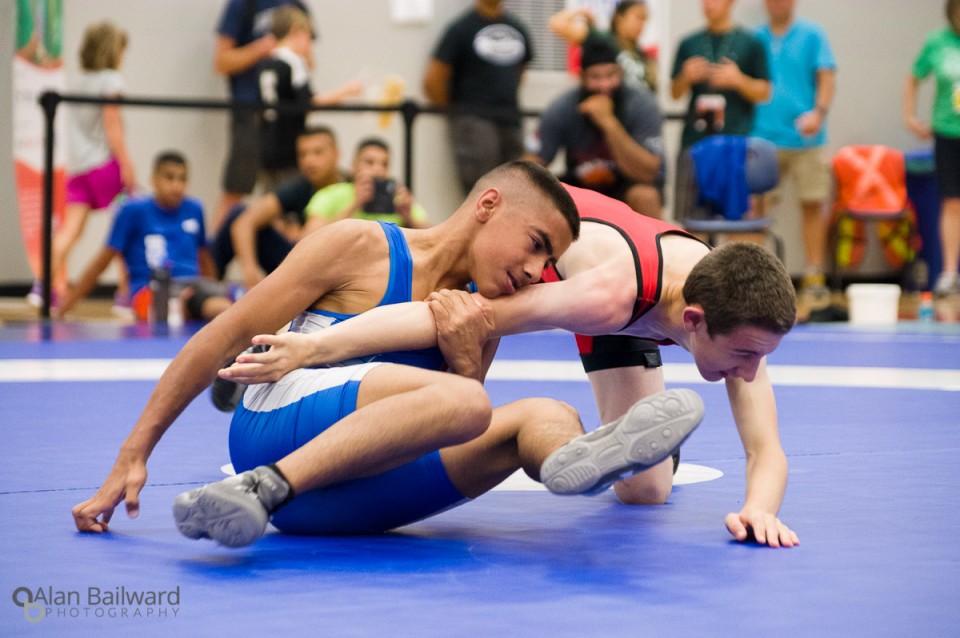 Last but not least was wrestling, the last sport I shot. These guys and gals were amazing.  It’s hard to avoid seeing just how much heart they put in when you’re ten feet away from the sweat and (sometimes) blood.  These guys kicked complete ass.

You can find all the BC Summer Games wrestling photos here. 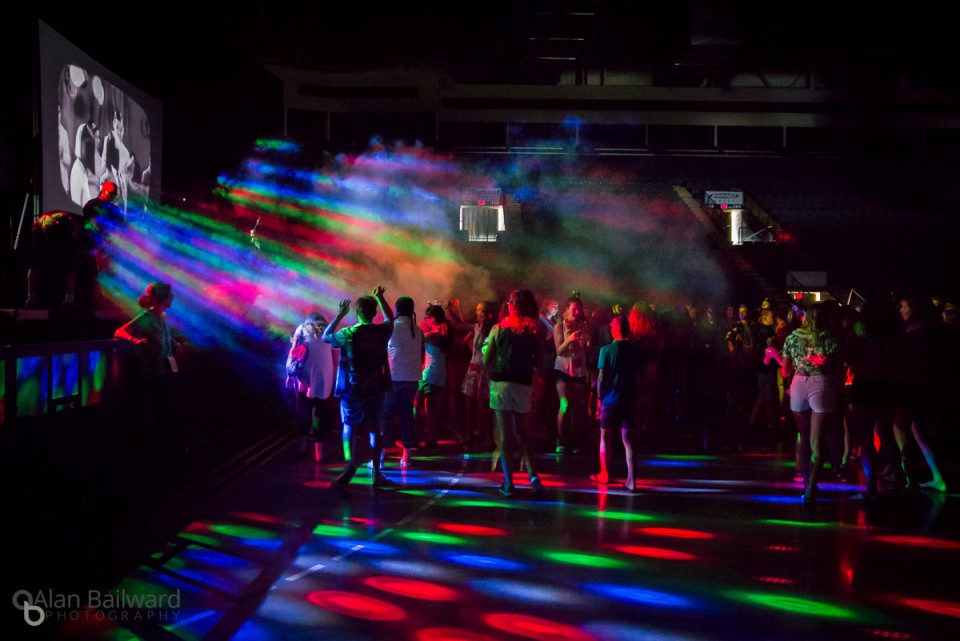 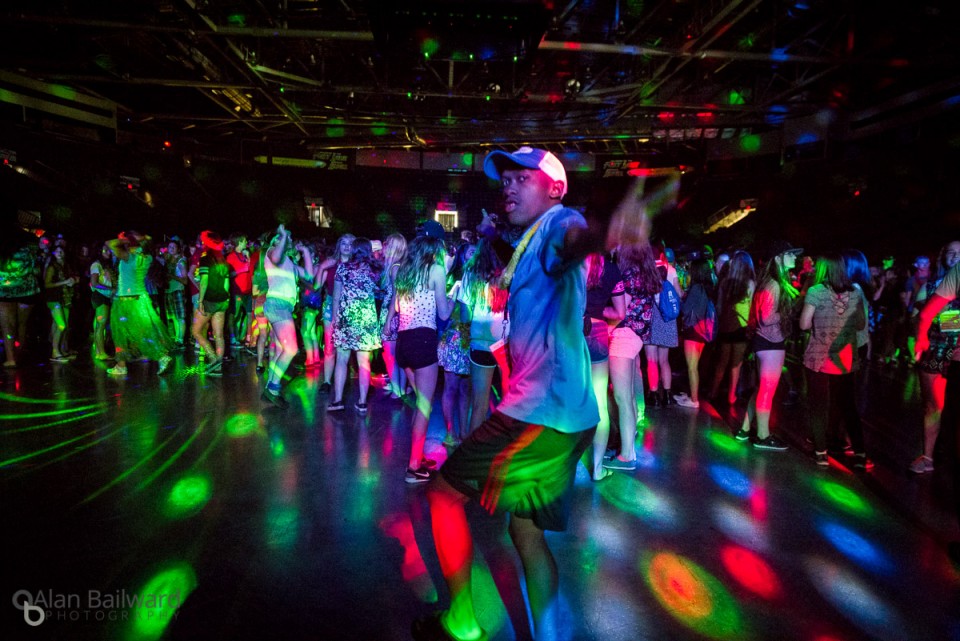 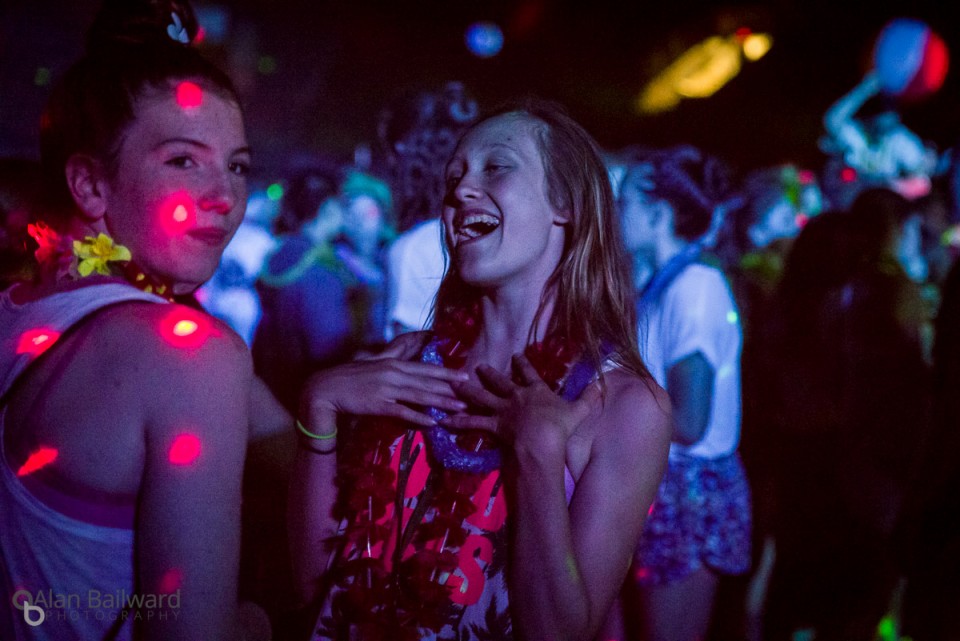 Want to talk about challenging photography…. I shot the Athletes Welcome Dance, which, as far as I could tell was in a literal black hole.  ISO 160,000 and the best I could do was stay really close to the front where the screen was and hope that the music videos that were playing had lots of white in them to give the maximum of light reflected.

You can find all the BC Summer Games special events photos here.

As with the last games, here are some numbers for you:

As with last year, the lessons learned for workflow and for making good photos of sports remain.  Face in frame, show action, show the object of desire.  For workflow edit fast and upload by the end of the day.  I shot almost half the number of photos (partly due to shooting less events this time around), but some of the sports (baseball, I’m looking at you) were more challenging due to higher frame rate to capture the peak action of a pitch or swing.

By far the most memorable day was sailing.  It was a perfect day, with my buddy Bob beside me and sunshine and spending time out on the water.  Truly a great way to spend an afternoon.  The fact we were that close to the athletes and got those amazing photos was just a bonus 🙂