MastodonMaking the best of a bad photo situation... Mike at Fortune club

Normally the phrase “You’re not working tonight” is followed by joy and happiness. No so much, however, when they come after an hour drive from home into downtown Vancouver. Apparently when I got the list of hip hop shows that I was supposed to shoot, I missed the note later down that said “other than the one on the 30th”. Ugh 🙁

So there I was, at the Fortune Sound Club, with nothing more than wanting to go home. I thought that I might be able to salvage something from the night though, make the best of a bad situation. The club had a very cool look, tall pillars, lights, smoke, with a “big room” vibe. I won’t lie and say I didn’t think it looked a little like Joe McNally’s boxer setup. Ok, so what to do. I had only a single flash with no modifiers, so the lighting was simple.

First thing was to see what the room was lit up as. All photos straight out of the camera. First shot as metered (4 seconds at f/4.0 at ISO 400) was a bit bright, so the next one I set the shutter speed down t0 1/8th with no other changes, which gave a bit more under exposure and gave the room at least some ambiance. 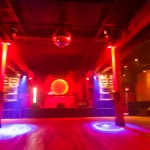 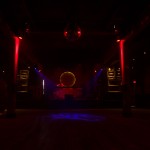 Next get my subject in. Mike’s a ham of course, and posing is not an issue. Too bad the flash never went off 🙁 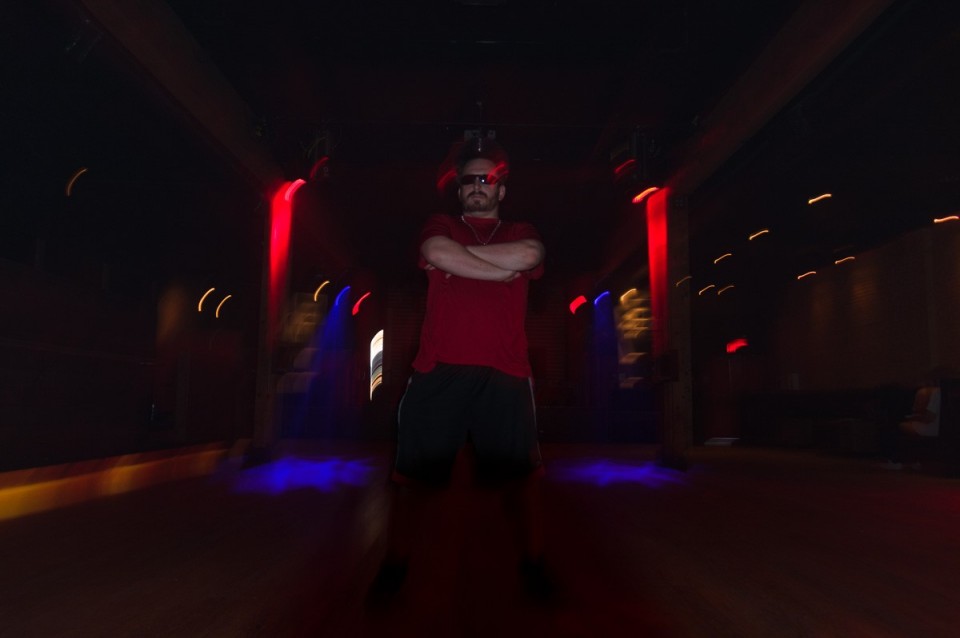 These two weren’t bad, but I didn’t like the positioning of the circle on the wall behind his head, and in the other one the fine gentleman in the white was a wee bit distracting. 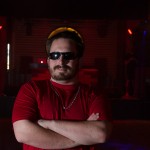 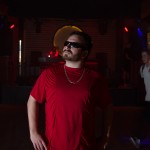 These two were the hero shots. Simple enough lighting, a 5 minute shoot (maybe 7 if you count me convincing my flash to fire properly). Post processing wasn’t that complex, a bit gritty and larger than life, just like Mike and his Red Shirt. 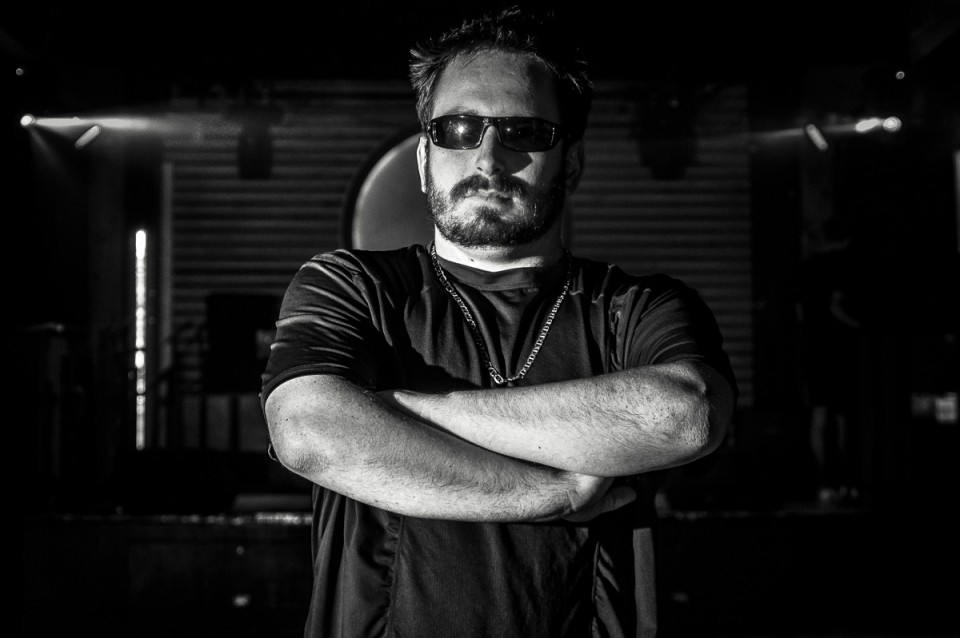 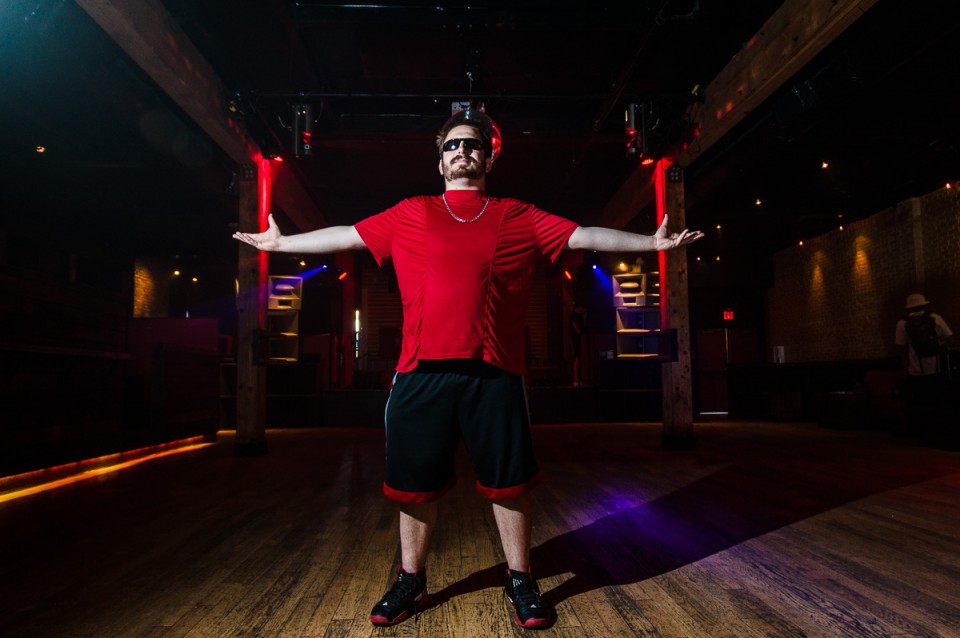