I’ve had these images in my head for almost a year, and I’m incredibly proud to have made them and share them with you.  Almost a year ago, I shot my first Ballerina in the City photos with Suzy Kaitman, an amazing ballerina and teacher of Ballet Fit in downtown Vancouver.  This year we collaborated again on a set of images that match up with what I had envisioned almost perfectly. 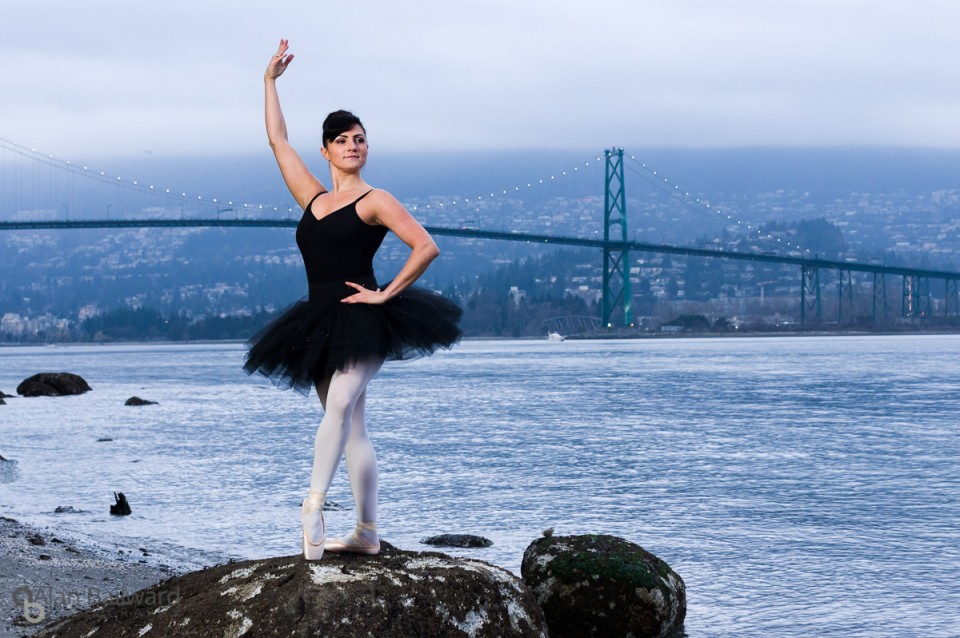 We started the day mid-afternoon, with a gruelling drive into Vancouver (seriously, how can traffic be that bad on Saturday at 2pm?), where I picked her up from her apartment, along with her friend Margaret, who had agreed to assist and had unwittingly been enrolled to be my Voice Activated Lightstand (or VAL as they are known in photographic circles… or “person who gets to hold the freezing cold metal stand in the wind and rain while moving it imperceptibly tiny distances at the whim of an unreasonable photographer yelling at them thirty feet away” in normal person circles). 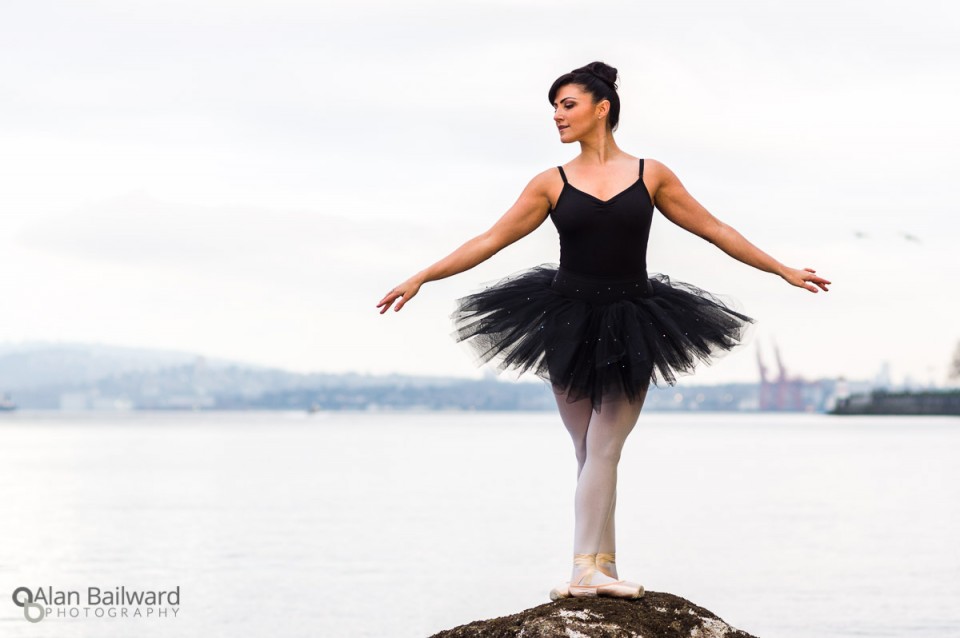 First stop was the Vancouver Seawall, but not just anywhere on it, the spot with a good view of the Lions Gate Bridge , so I could get photos with it in the background.  The location worked really well, just past a side sitting area there were a set of stairs going down to the edge of the water (low tide luckily) which offered a great view of the bridge, along with some interesting things in the foreground.  Of course the most interesting of these was going to be the amazing ballerina, who was ready to brave the less than ideal weather (not rain, but close) in her tutu.  Margie was awesome and held the light stand at just the right angle (while I yelled at her to move it three millimetres higher, lower, left and right from thirty feet away).

Here are some of the images that we made. 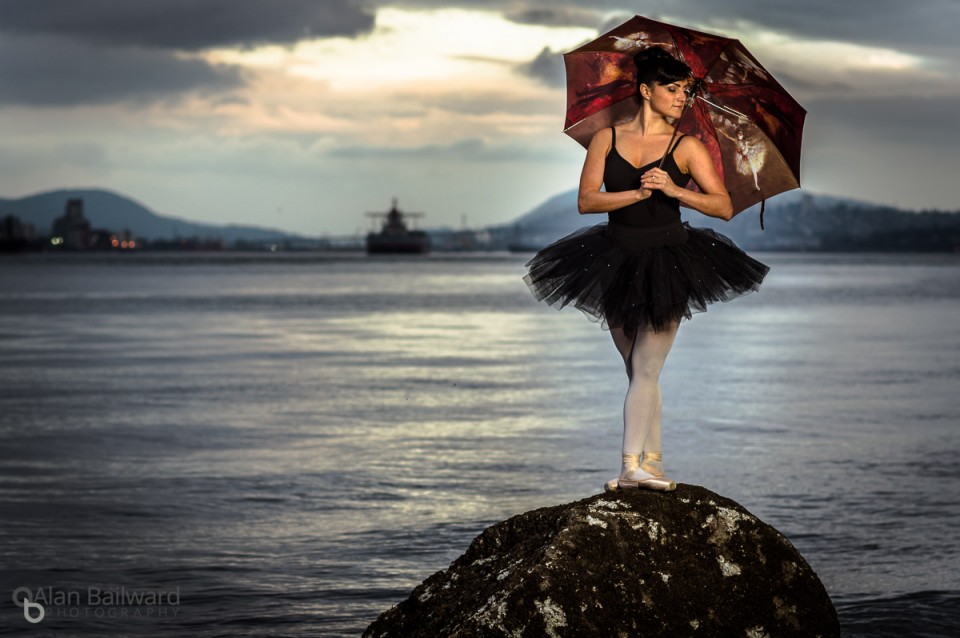 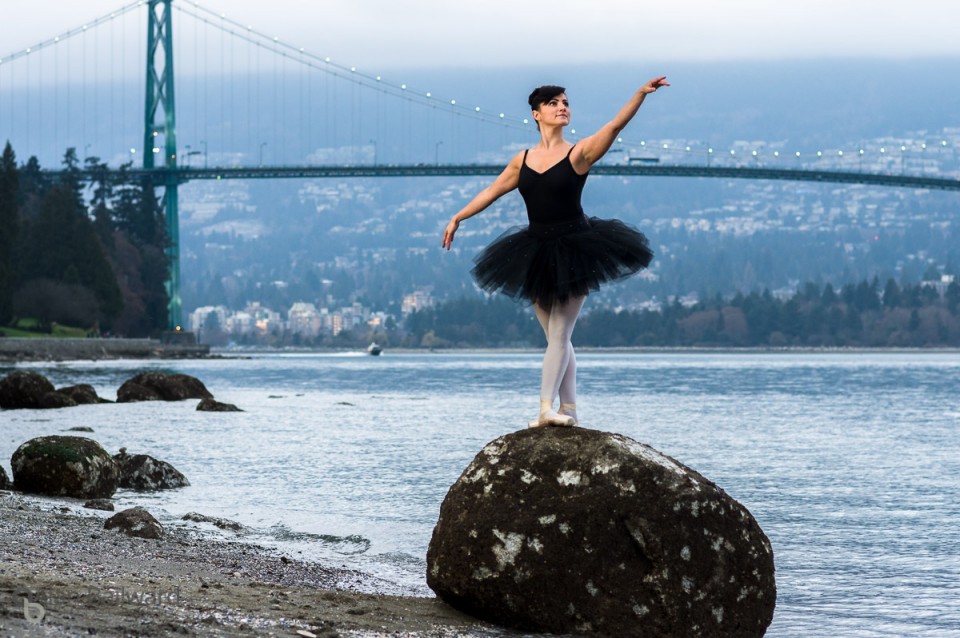 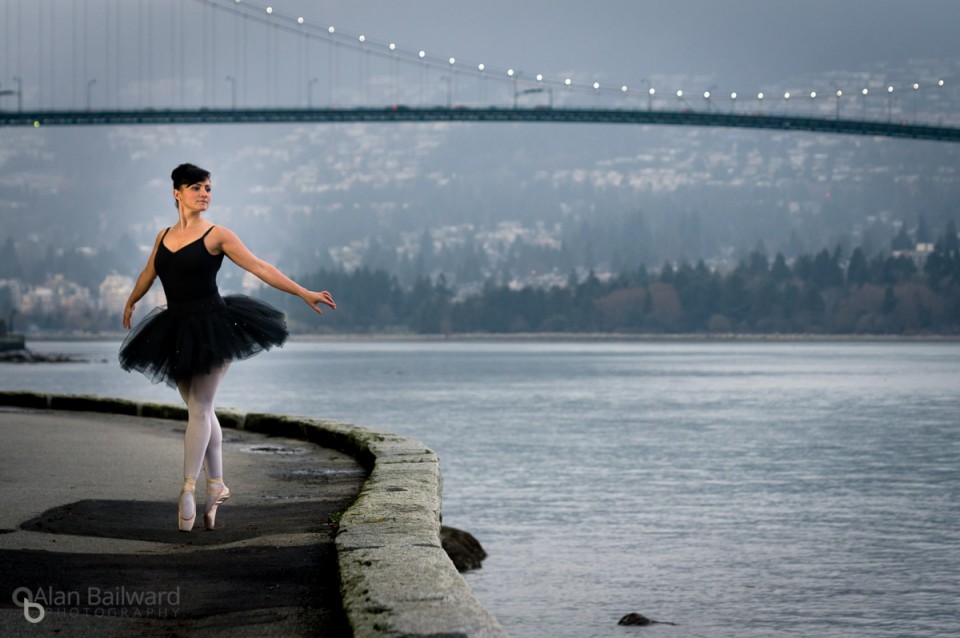 Next step was a shot that I got inspired by another local photographer and Pentaxian Brad Koop (@bradkoop) and a great shot of his up at Whytecliff Park.  I thought it was a great photo, but could I do something like it with say, a ballerina in the foreground? 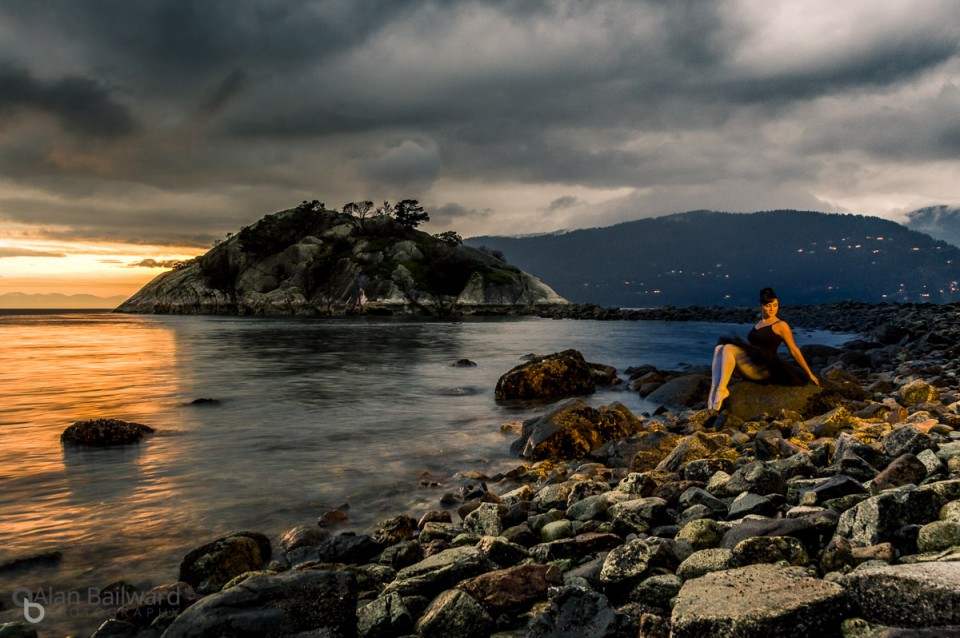 Getting to the islet wasn’t that bad, I only slipped twice.  Then forgot my tripod in the car  and slipped twice coming back then as well.  This is definitely a shoot to get to when it’s light and leave when it’s light.  The rocks are not super fun if you can’t see where you’re going!  The sunset was…. “ok”.  I’d love to come back with the same setup on a night when there’s one of those “holy crap I can just die now” sunsets that we sometimes get out here.  I’m not going to complain though!

Technically it was fairly tricky.  I used a 1/4 CTO gel on the flash to give it a bit of warmth, and as the sun went down poor Suzy had to hold her poses on a barnacle covered rock for longer and longer, at at the end of the night she was holding a pose almost perfectly still for 10 seconds!  Of course in low light (lets call it “darkness” to be more fair), camera’s don’t focus all that well, so I had to have Margie not only holding the light stand, but also shining a flashlight on Suzy so my camera could know what it was looking at. 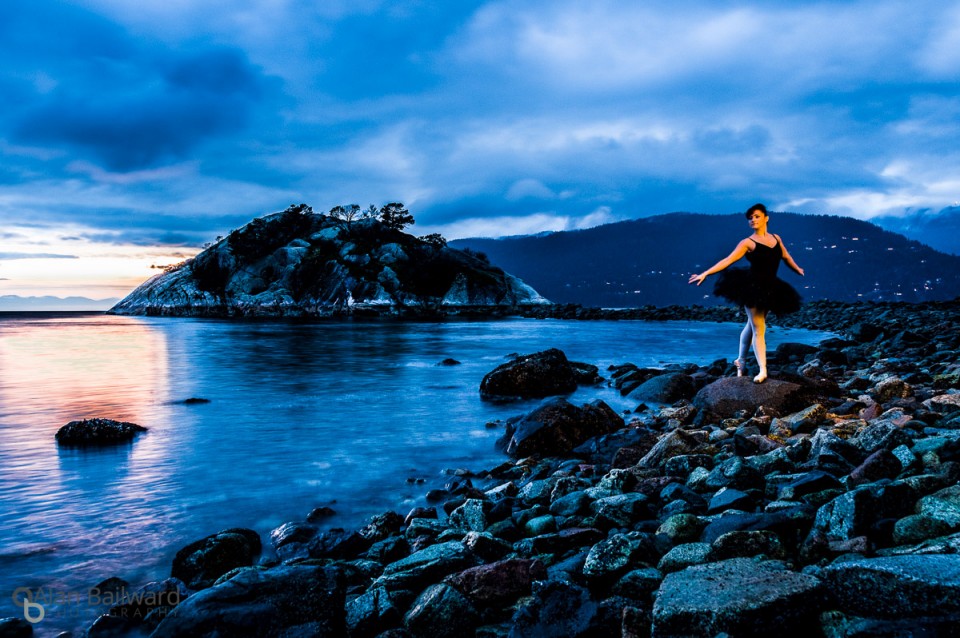 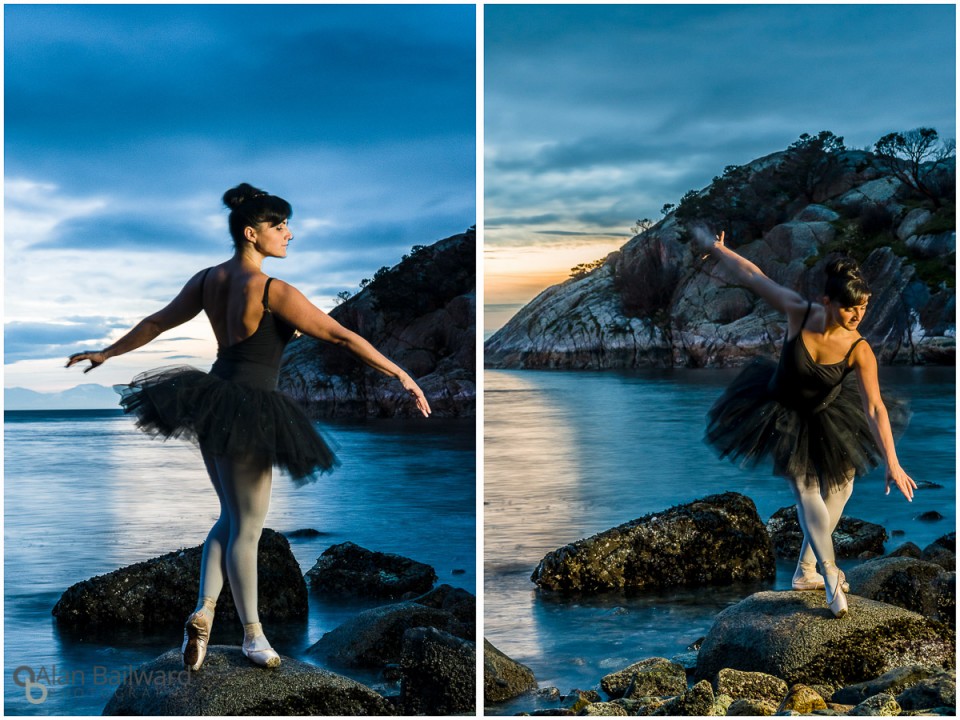 I will definitely be continuing this series and if you are a ballerina and would like to make some awesome photos like this, please contact me to set up a shoot.