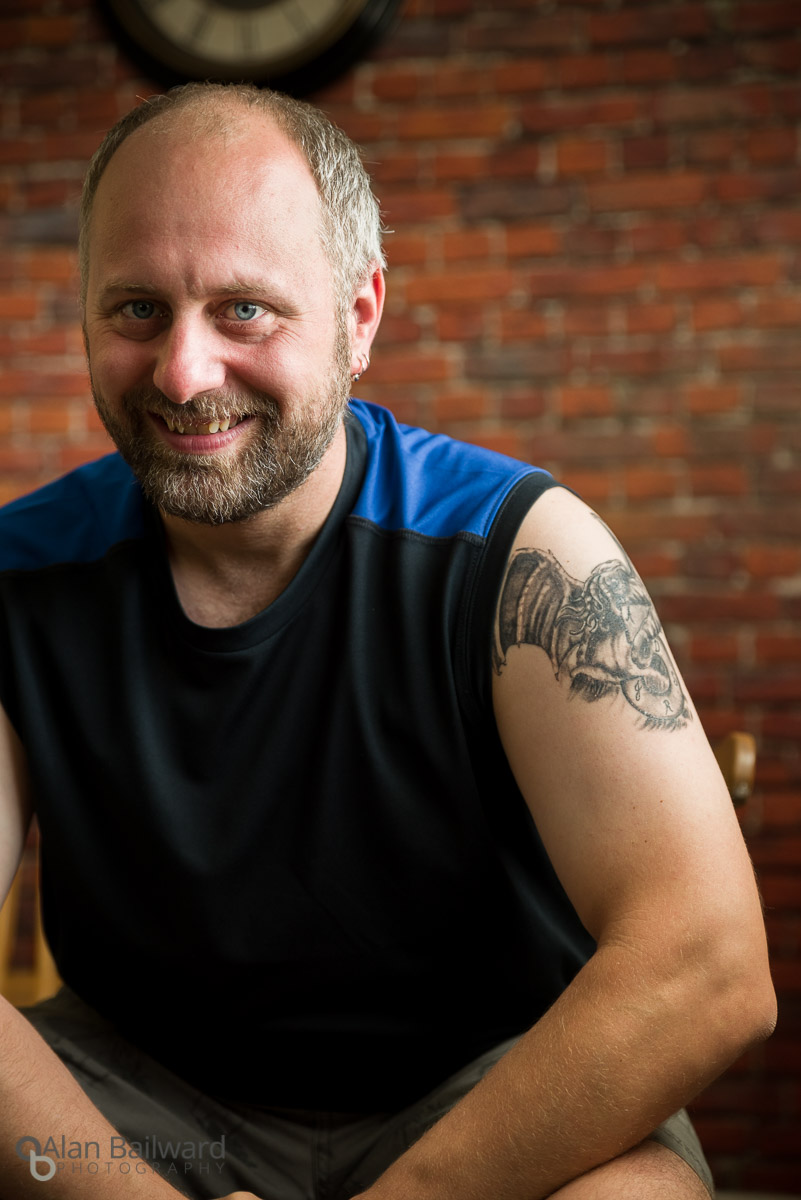 I met up with my friend Eldon, who’s been in front of my camera before, out on a sunny day in Chilliwack for a quick portrait photo shoot, after seeing he got himself a new cthulhu tattoo (his first).

So Eldon got a new tattoo,
And it didn’t make him blue,
But it made his photos super cool….
Him and his little cthu-oohoohooh-lhu!

Ok, maybe I’m not the best song writer, but luckily I have the whole photography thing to back me up right?  It does tell the story though.

This photo shoot was done with nothing but a window and a love of gorgeous natural light in his kitchen.  The wall behind him isn’t brick, but is actually a wrap, the kind you see on trucks and cars, as he works in that industry for a living. It actually works so well as a backdrop I want to figure out how to get one to take on location to have a brick wall wherever I go! 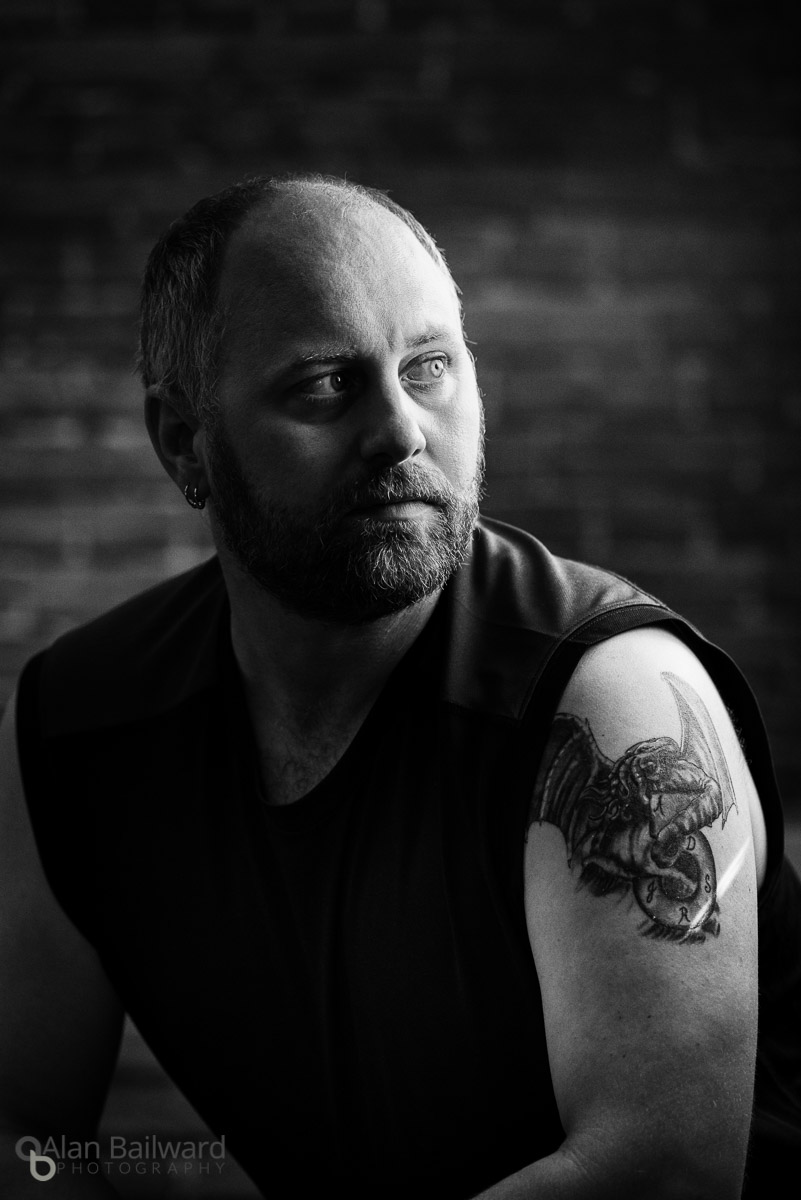 While this may not be the best representation of Eldon as a friend and loving father, I can’t lie and say I don’t love this last shot! 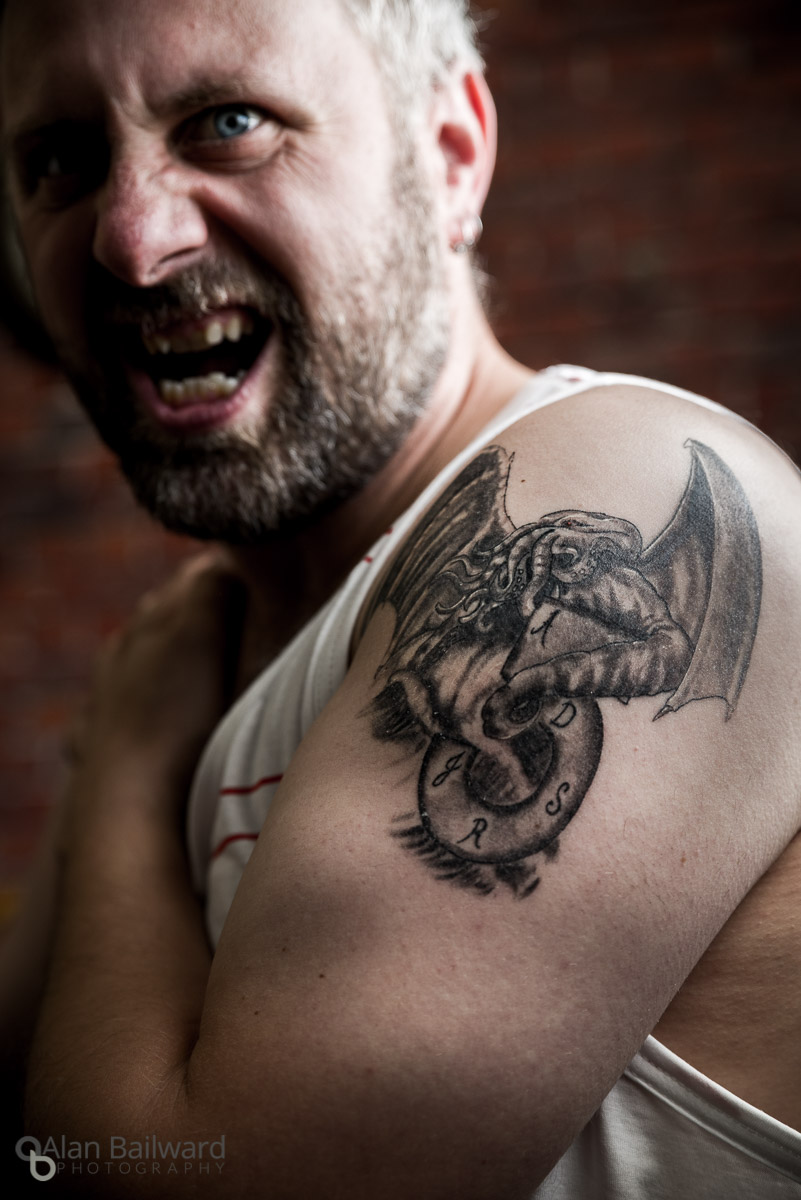