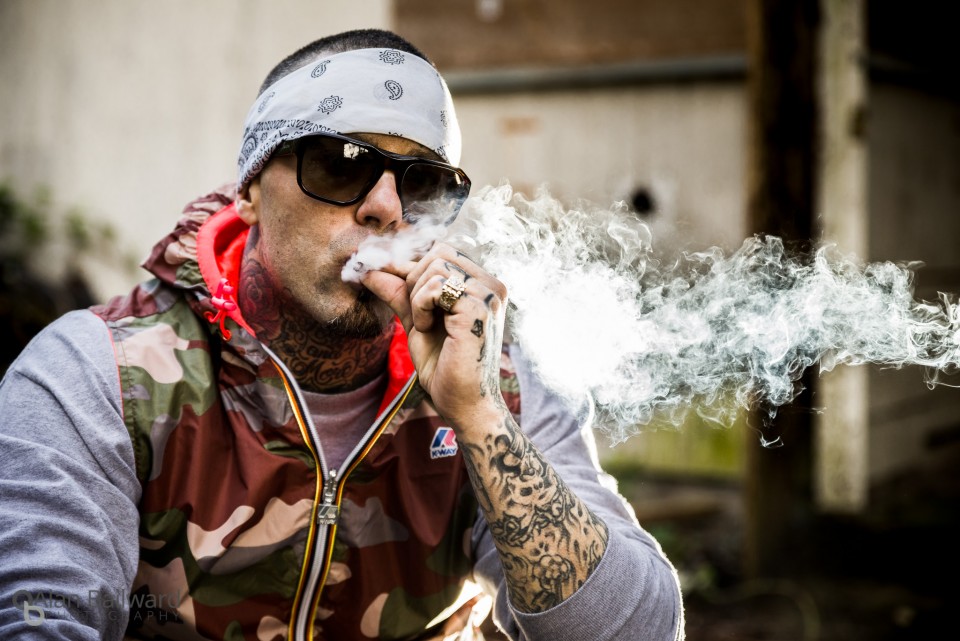 I met Prada West through the hip hop shows that I shoot fairly regularly in Surrey and Vancouver.  He’s got a great look (as you can see) and is a great portrait subject as I discovered when I shot him before (1, 2).  I’m not going to say he’s a teddy bear and that the hardcore rapper look is just a persona, but he is a super nice guy in person and great to talk to.  His new album, Clouded Thoughts, hit #3 on the iTunes charts recently, so this guy is kinda the real thing. 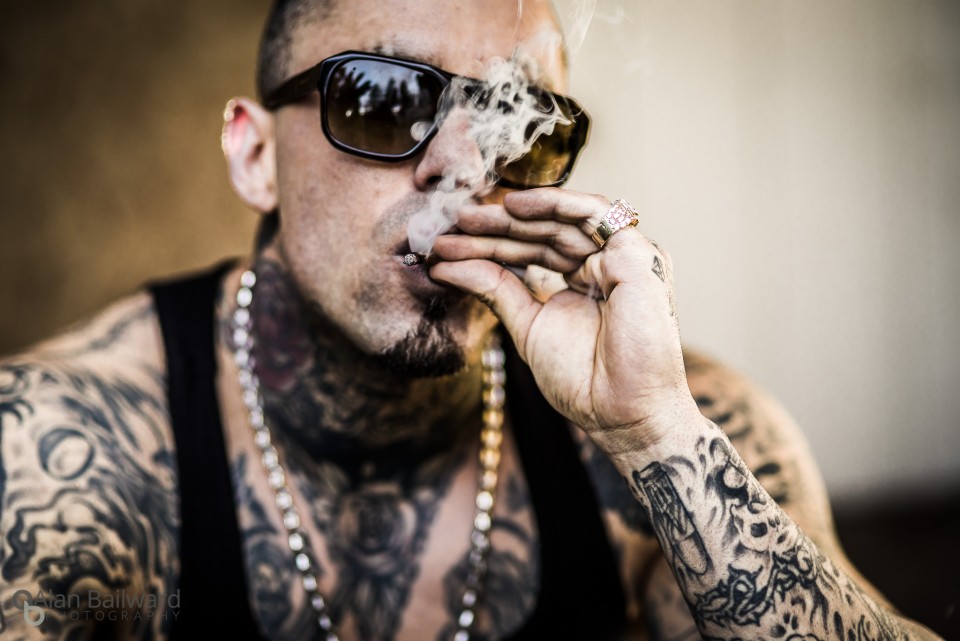 This time we decided to do a weed smoking shoot and found our way to a suitably downtrodden looking area of Surrey.  A minor crisis of not having a lighter was averted by a quick trip to a nearby gas station (with a couple of strange looks from people as my old and uncool self does not look like the person who runs in the same circles at this guy). 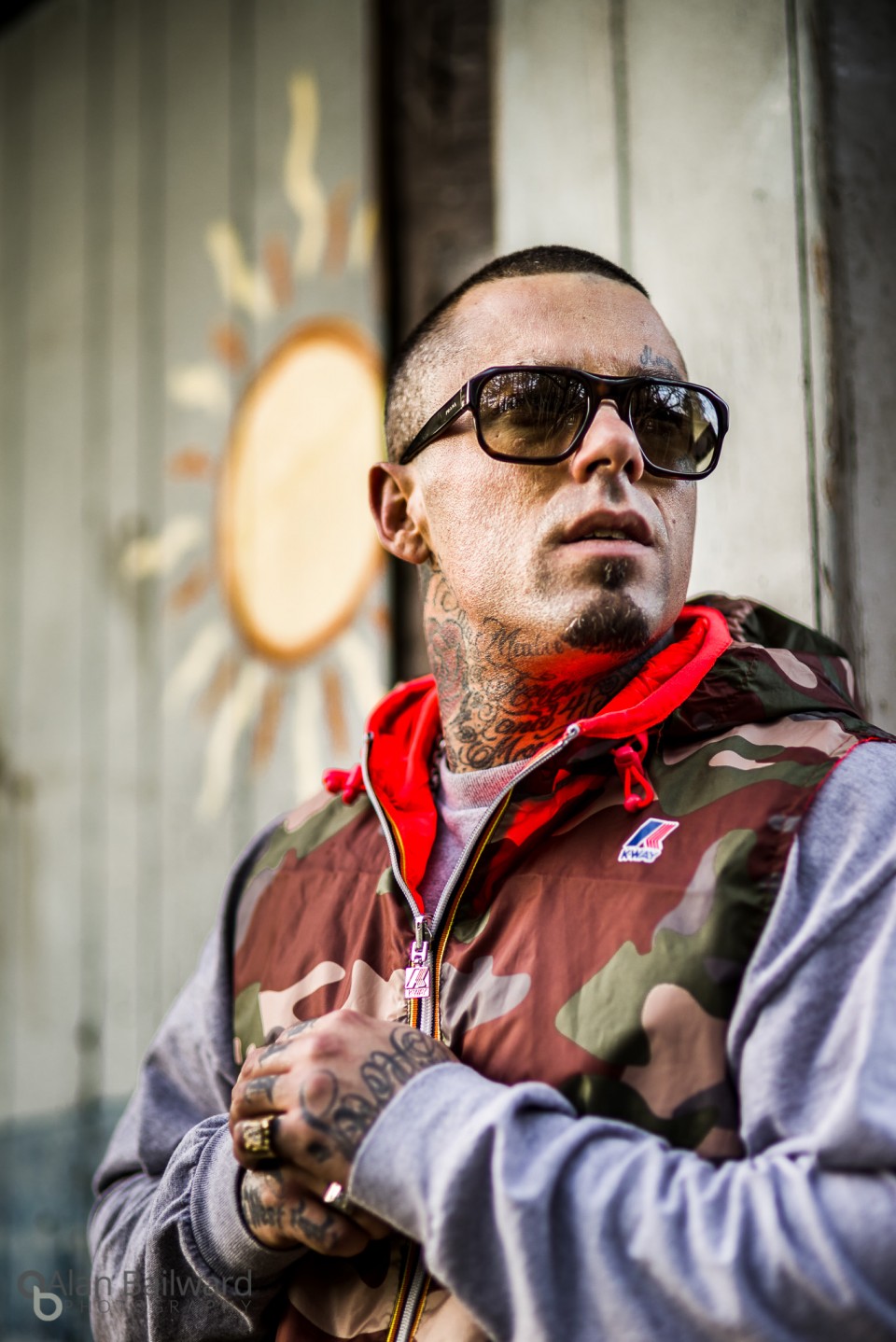 Most of the lights here are natural.  We were shooting late afternoon so we had some evening sun giving some nice rim lighting.  I didn’t bring my full bag of gear with stands and light shapers, just a single Pentax AF 540 FGZ flash and a Cactus V6 radio trigger and a very handy little flash shade (similar to this one but not exactly).  Not exactly a huge kit, but in the decent light of a (for once) non-raining surrey evening, we made out ok. 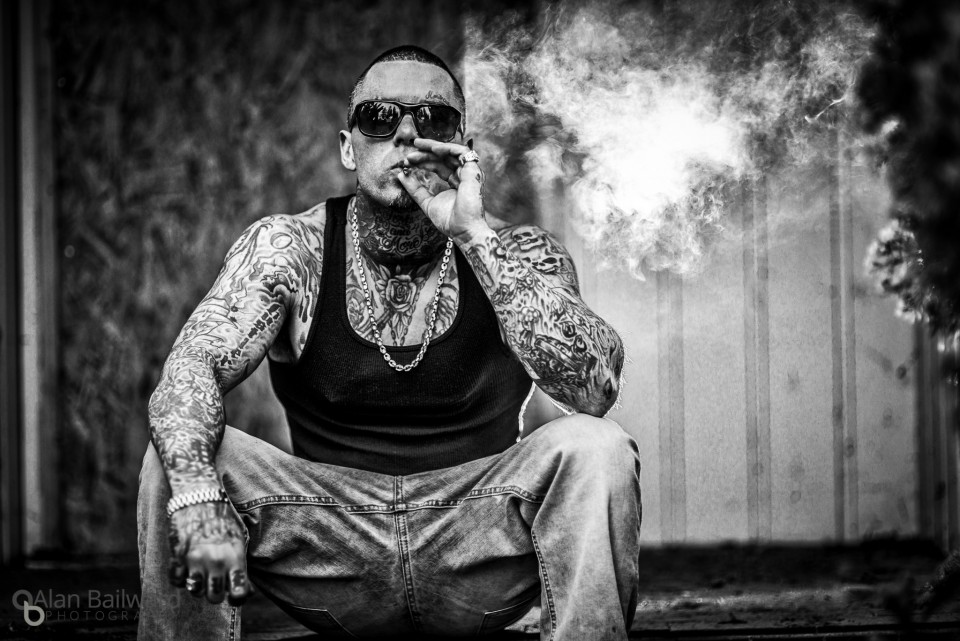 This shot, for example, was exposed for the ambient light, and then I put a flash zoomed to 85mm and pointed forward so it would catch the smoke and give a bit of rim light (see his camera right arm/torso).  Short and simple.  A bit of clarity / contrast / grunge added in post and voilà, there you go! 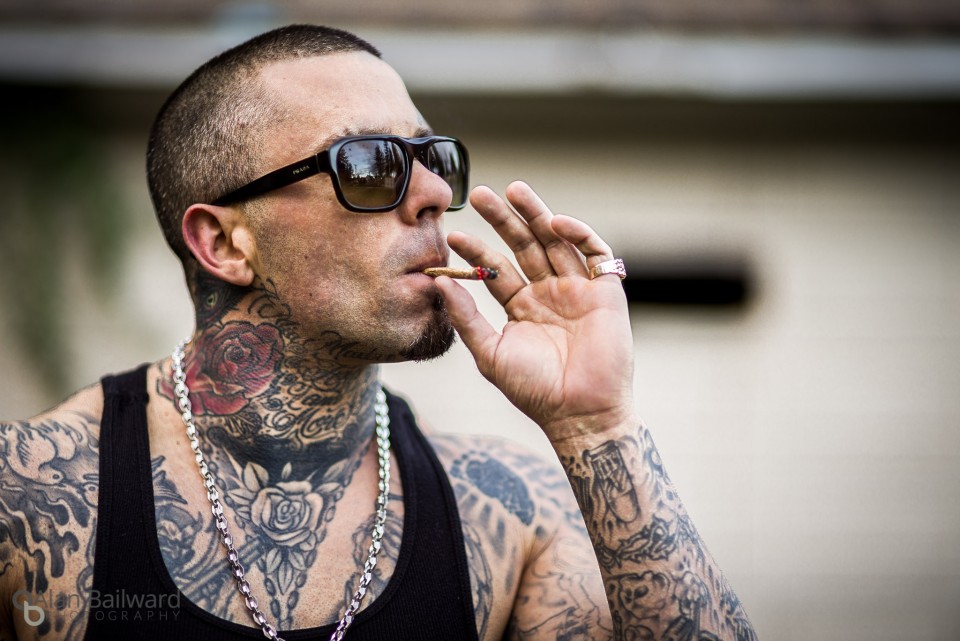 Oh, and the shot above was turned into some amazing artwork by the very talented @miss.sonia.joy…. so cool to see!